BNS
aA
Lithuanian MEP Viktor Uspaskich, the founder of the Labour Party who is accused of bookkeeping fraud, told a court on Wednesday that he could not be in charge of bookkeeping because he did not understand it and did not even manage his own personal accounts. 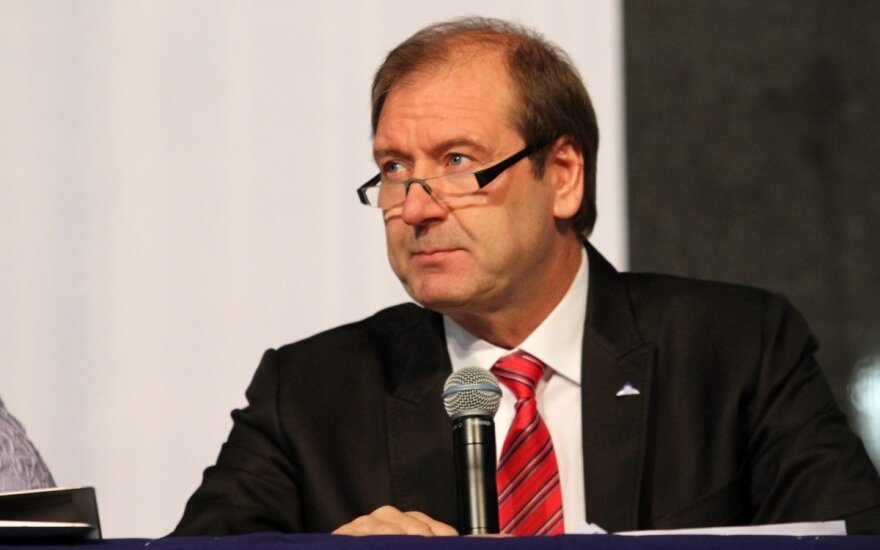 "All I can do in this situation is to remind that there is no evidence against me in the case. (...) I am asking to dismiss all charges against me and vindicate me," he said at the Court of Appeals.

Uspaskich restated that searches carried out at his home and the party's office in the framework of the investigation were unlawful. The politician also said he mistrusted the documents "made or seized" during the searches.

In his words, an examination revealed that the signatures under the documents at issue were not his own.

"I don't understand bookkeeping. This is an area for people with education. I still don't manage my personal bank account," said the politician who has founded and managed a number of business companies.

In July 2013, a Vilnius court sentenced Uspaskich to four years in prison for bookkeeping fraud, while MP Vitalija Vonžutaitė was sentenced to three years. MP Vytautas Gapšys was imposed a fine of over 10,000 euros and the party's former bookkeeper Marina Liutkevičienė received a sentence of one year in prison.

An appeal against the ruling was filed with the Court of Appeals.

The European Parliament 's (EP) Committee on Legal Affairs will vote again on Wednesday to remove...

After the European Parliament has revoked legal immunity of founder of the Labour Party Viktor...