BNS
The detention of two men suspected of planning an attack on law-enforcement officials in Klaipėda sends a message that attempts to intimidate officers will not be tolerated, Police Commissioner General Linas Pernavas said on Wednesday. 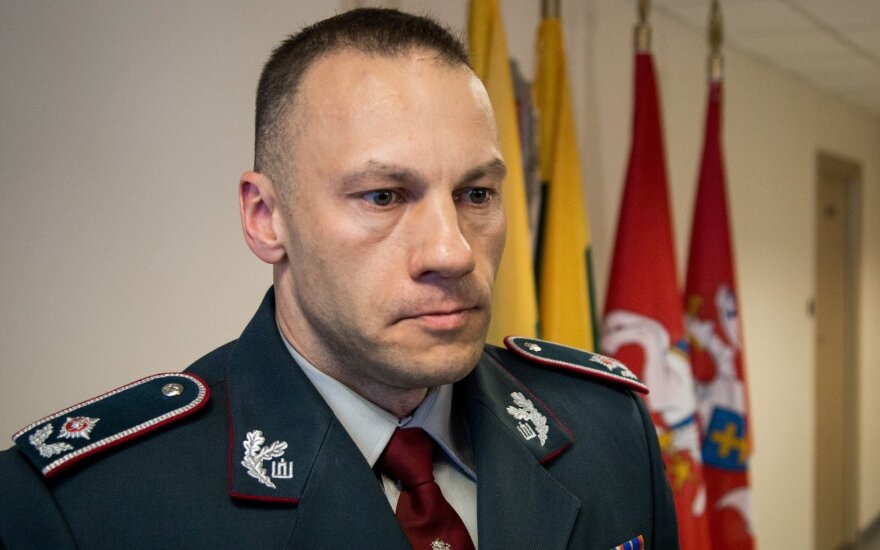 "I want to send a very clear message to everyone who will try to intimidate police officers that police will react very seriously in every case and those who will try to do so will be given a really serious response," he said at a news conference in Vilnius.

The two men, who were detained in the port city on Wednesday morning, are suspected of planning an attack on the head of the Klaipėda police unit and a local prosecutor.

Ramūnas Matonis, spokesman for the Police Department, confirmed to BNS that one of the suspects was a lawyer.

According to the Police Department, the suspects allegedly collected information about the law-enforcement officers and planned to physically harm their health.

"We received information that several individuals were collecting information about the police officer and the prosecutor and were planning to cause a health impairment to them," Pernavas said.

"Police reacted very seriously. Proactive actions were taken, suspects identified, additional data were collected, and the police officer and the prosecutor were warned and given protection," he said.

Police searched the suspects' homes and questioned them.

Representatives of the trade union of the Lithuanian police force held a protest action at the...