BNS
aA
Representatives of the trade union of the Lithuanian police force held a protest action at the Independence Square in Vilnius on Sunday against intimidation of officers. 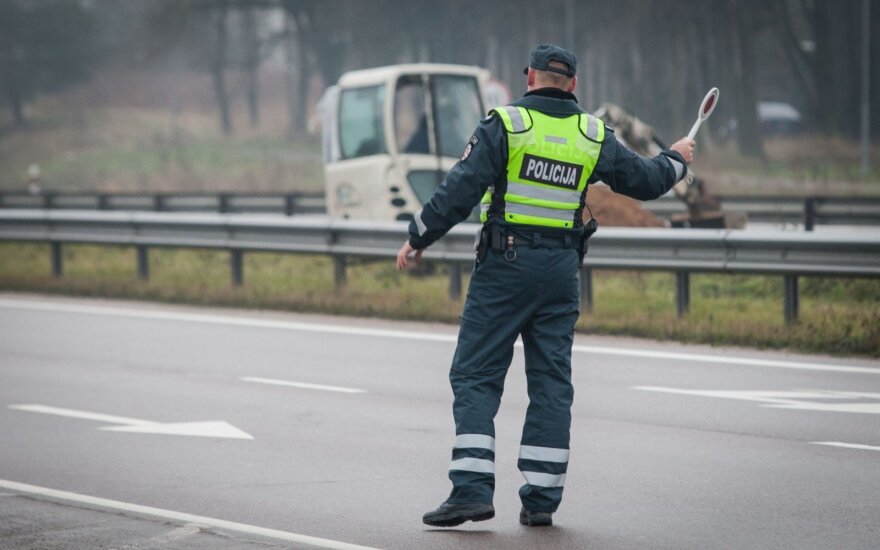 As people were gathering in the Independence Square outside the parliament for the Independence Day celebration, 15 police officers without their uniforms glued duct tape over their mouths.

They held slogans, saying that police officers were entitled to beliefs and free expression of the beliefs, as well as that the trade unions were not something bad. They held a stretcher with a box, saying "a social friend."

In her words, police officers holding a different opinion are dubbed by their superiors as disloyal.

"You can see for yourselves the amount of criticism against police chiefs, we definitely do not persecute the people who criticize us. I am definitely not aware of such facts," the police chief told journalists at the parliament on Sunday.

Pernavas, in his turn, criticized police trade unions, saying they only leveled criticism but never came up with constructive proposals.

Karolis Vaitkevičius, spokesman for the interior minister, told BNS the ministry was not aware of persecution of police officers. Vaitkevicius urged trade unions to share such information in these cases, pledging to respond.