Elta EN
aA
A pre-trial investigation into the actions of police officers and handling of service weapons was launched after Thursday's incident when a fugitive fled from a police vehicle with an officer's automatic rifle. The investigation has been transferred to Vilnius Regional Prosecutor's Office. 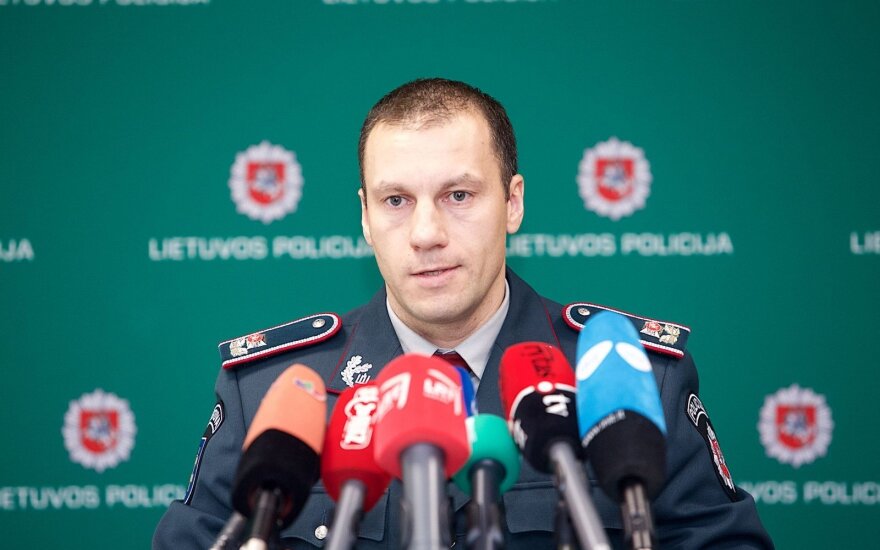 During a press conference on Friday, Police Commissioner General Linas Pernavas took full responsibility for the debacle, but did not say anything about resignation.

"I take full responsibility for my actions and, at the same time, would like to apologise to the residents of Vilnius for the troubles and anxiety caused yesterday," said the commissioner general. "We will strive for the investigation to be unbiased, efficient and revealing all the details," he added.

The Immunity Board of the Police will be delving into the officers' actions too.

According to the police commissioner general, based on preliminary information, a man named Igor Molotkov had been in detention and was placed in a police car earlier on Thursday. However, he managed to snatch an automatic rifle from officers and flee when they momentarily lost awareness. The automatic rifle Kalashnikov AKM was placed near the front seat as there was no designated storage place for the weapon in the vehicle.

"I think this might have been the officers' error," said Pernavas when asked why one of the officers did not take the weapon but left it in the car.

The police commissioner also said the incident was partly a result of poor funding of the police force.

"Cuts on training and equipment have shown the result, today we see the consequences of cost cuts. Unfortunately, the situation is such that there are no dedicated holsters or mounting spots for weapons, so they would not be taken away," said Pernavas.

The police commissioner general was unable to tell at the time how much the search operation cost. It involved 3,000 officers and a helicopter of the State Border Guard Service (VSAT).

"A man's health and life costs more, therefore we will involve as many police officers as needed for such operations," said Pernavas.

According to the police commissioner general, although the State Security Department (VSD) has not raised terror threat level in Lithuania, police officers were issued automatic rifles after recent attacks in Paris.

"I made the decision to issue (automatic rifles - ELTA) and I believe that it was the right decision. We see what is going on in the world and in Europe," said Pernavas.

When asked why he made such a decision, even though the VSD had not raised the level of threat alert, the police commissioner said he had his own opinion on the matter.

According to Pernavas, after taking control of the weapon, Molotkov aimed it at the officers. One of them, a male officer, has worked in the police force for twenty years. His female colleague has been with the force for a year.

Minister of the Interior Saulius Skvernelis says that the police will launch an internal...