(1)
Elta EN
aA
Lithuanian Prime Minister Algirdas Butkevičius says that problems related to the Roma settlement in Vilnius cannot be solved only by police efforts, and a complex approach is needed because of the social nature of the problems. 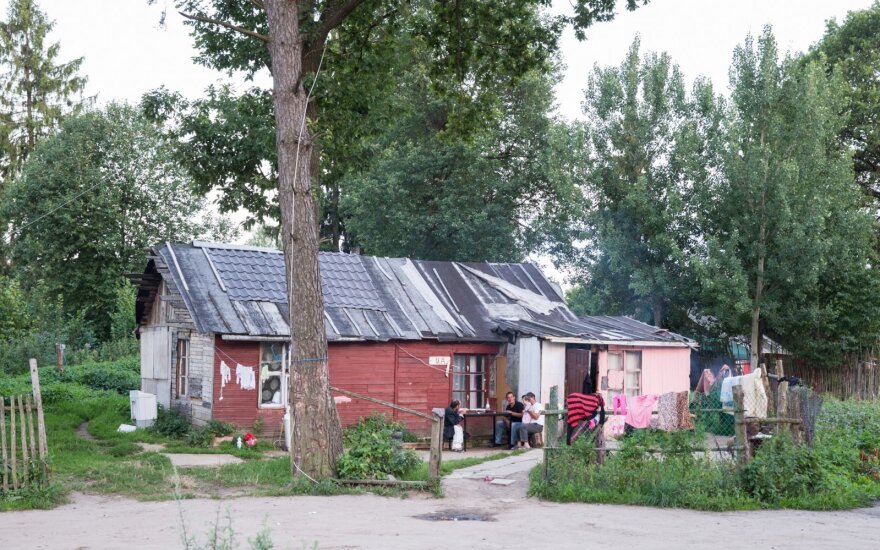 "I can only say that police has many times taken action against the selling of drugs in the tabor (the Roma settlement - ELTA). This place has been under surveillance, it is often raided and plenty of drug dealers and users are arrested. However, it is clear that police measures alone will not bring a desired result, because it has to be admitted that this is a social problem related not only to drugs, but also to illegal construction, integration of the Roma people into society, children's activities and education, electricity and water theft," the prime minister told the national radio.

Butkevičius said he spoke to Interior Minister Saulius Skvernelis who started to actively work on the issue. On Monday the interior minister issued a letter to state institutions instructing them to actively tackle problems in the settlement. The letter was addressed to the Ministries of Social Security and Labour, Healthcare, Culture, Education and Science, as well as Vilnius City Municipality, State Child Rights Protection and Adoption Service, the Drug, Tobacco and Alcohol Control Department and the Ethnic Minorities' Department under the Government.

Butkevičius says it is no longer enough to debate, institutions should urgently coordinate actions and deal with the problem. According to the prime minister, work should be organised jointly and complex actions should be taken, with specific attention towards people who live in the settlement but wish to integrate into the society and move out.

On 6 August, law enforcement agencies under the Ministry of the Interior launched a long-term operation in Vilnius Roma settlement, outlying areas and other locations. It is meant to prevent drug trafficking to and from the settlement. Approximately 60-70 people who attempt to buy drugs are being detained per shift during the operation in the Roma settlement.