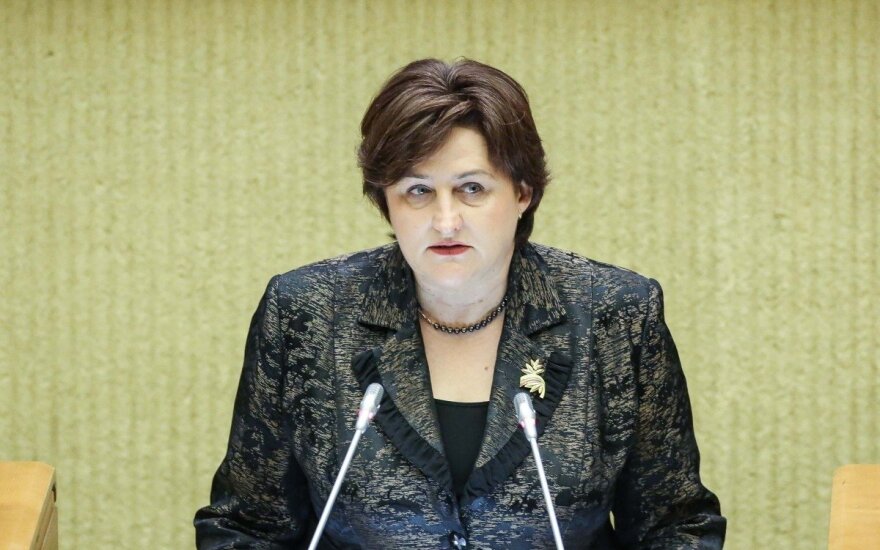 "I represent traditional families, but I am not against partnership, as partnership is not same-sex marriage, partnership defines property relations," Graužinienė told the Žinių Radijas radio on Wednesday morning when asked about her opinion on registered partnership for same-sex couples.

Speaking about cohabitation of persons of the same sex, the parliamentary speaker said that property-related issues can be settled in the framework of the current Civil Code.

"As to same-sex marriage, I am against that, I think our society is not yet ready and mature for this, it is indeed too early to talk about this. However, the concept of partnership covers a lot more. We have partners in the Civil Code and business, this is also partnership. Young people living together is also partnership," she added.

In Graužinienė's words, the Civil Code allows concluding various property contracts, adding that "the majority of the Seimas is in support of traditional family".

Lithuania's Justice Ministry has submitted a bill to the government, suggesting to allow partnership between opposite sex couples only.

At the parliament, nine Liberals and Social Democrats have registered a different bill, which would allow registering civil partnership irrespectively of gender.

Lithuania's civil partnership bill to be reviewed by catholic church

Final adjustments to a bill on registered partnership, drafted by the Lithuanian Ministry of Justice...

Lithuania's Ministry of Justice has drafted a bill that, if passed, would introduce the institution...

The Lithuanian Seimas' Committee on Legal Affairs decided on Wednesday that the legalization of...

PM against legalisation of same-sex partnerships (3)