BNS
aA
Some 87,000 people have visited Lithuania's pavilion at the 58th Venice Biennale and seen the Sun & Sea (Marina) opera performance performed on an artificial beach, its creators say. 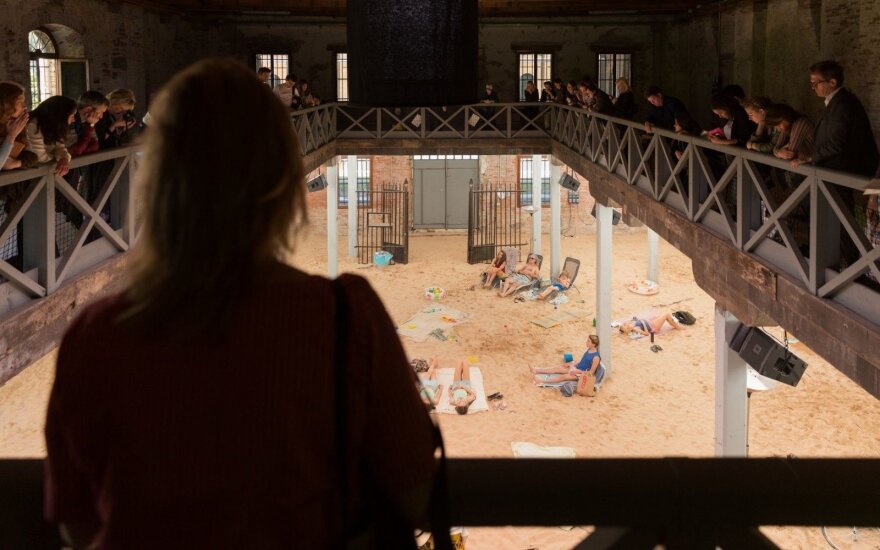 All in all, 159 people have worked on the project over the six months the Lithuanian pavilion was opened. And 51 performers from Lithuania, Italy, Brazil, the US, the UK, Spain, Germany, Greece and other countries impersonated the 13 opera characters.

Also, some 2,500 visitors from over 50 countries have used the possibility to take an active part in the opera as "vacationers" lying on the sandy beach.

36 tons of sands have been taken to Venice and two tons have "walked out" with the pavilion's visitors, its creators said. The sand was later used for a new children playground on the island of Giudecca, and also on the island of Sant'Erasmo.

Over the next couple of years, the Lithuanian artists plans to perform the opera in Norway, Sweden, Spain, Switzerland, Iceland, the UK, the US, Russia, Australia and other countries. They hope to show it in Lithuania in 2020.

Performed since early May until late October, the opera by Rugile Barzdziukaite, Vaiva Grainyte and Lina Lapelyte was also awarded the Vienna Biennale's Golden Lion award for the first time in Lithuania's history.

The audience could view more than 20 performers lying down on 35 tons of sand and singing for eight hours. The opera touched upon such issues like climate change, ecology and consumerism.

Lithuania's Contemporary Art Centre will present an installation by Žilvinas Landzbergas at the...

President Gitanas Nauseda 's victory in the presidential election has been named the most...