BNS
aA
Lithuanian officials plan to draw up a rescue plan for the Vilnius-based European Humanities University (EHU), which is on the brink of closure after getting a repeated negative evaluation from experts. 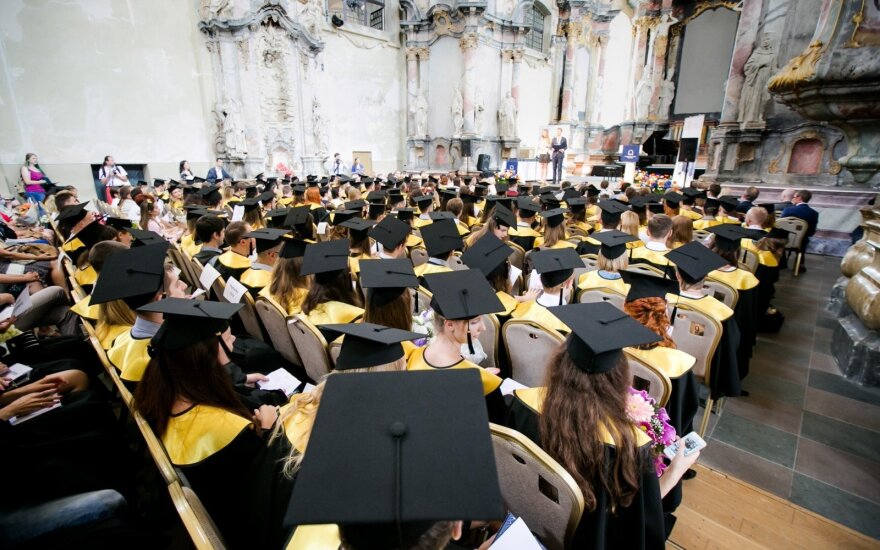 Politicians and officials from the Education and Science Ministry and the Foreign Ministry held an informal meeting on Thursday to discuss EHU's situation.

"We discussed how to ensure that the problems highlighted in experts' findings are resolved", Education and Science Minister Jurgita Petrauskienė told reporters after the meeting.

The minister said that the external review of EHU, whose students are mostly from Belarus, had identified its weaknesses.

"We are looking for a solution, a plan is being prepared," she said.

When asked about the university's future, Petrauskienė said that it was not within her competence to answer this question.

She said that the university had until Jan. 11 to appeal the experts' findings to the Education and Science Ministry.

Under the Law on Higher Education and Research, the education and science minister decides on whether or not to revoke the authorization to deliver studies if a higher education institution has been twice given a negative evaluation.

Skaburskiene admitted, however, that EHU had a special status.

"It is not only an academic project. It is a political project, too. Therefore, the government has to decide how to justify it legally and qualitatively, because the experts clearly identified certain qualitative shortcomings in their (EHU) activities that recur from the very establishment of the university, but nothing was done," the director said.

"I think radical decisions have to be taken," she added.

EHU has said that it disagrees with the negative institutional evaluation results.

"In University's opinion, the reforms of EHU, conducted in 2015-2017, made a substantial progress in fostering strategic management, studies and research, which was acknowledged by donors during the November 2017 Donors Conference," it said in a statement.

EHU is a private university that was established in Minsk in 1992 and operated in Belarus' capital until its closure by the authorities in 2004. It reopened in Vilnius in 2005 at the Lithuanian government's invitation.

EHU enrolls about 900 students, 95 percent of whom are from Belarus.

The Vilnius-based European Humanities University (EHU), whose students are mostly from Belarus, has...

Some 35 million euros in EU funds have been allocated for selected high-level research projects by...

The Lithuanian government approved on Wednesday a university network reorganization plan worked out by...

Lithuania's government on Tuesday made the final decision on handover of state-owned premises in...

The Vilnius-based European Humanities University (EHU), whose students are mostly from Belarus, is...