the Lithuania Tribune, DELFI
aA
For parents who wish to give their children original Lithuanian names, there is plenty to choose from. Not all Lithuanian-sounding names, however, have Baltic provenance or come from time immemorial, linguists say. 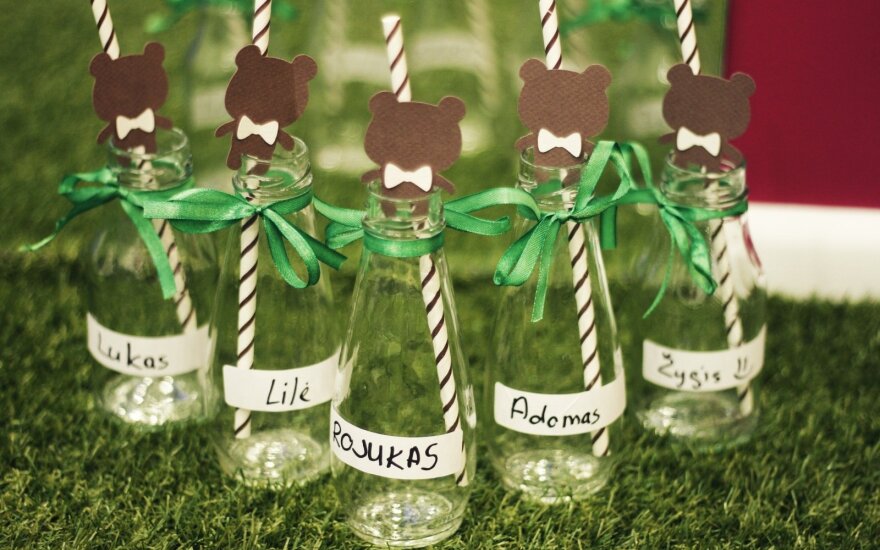 A popular book of Lithuanian names has more than 3,000 names for parents to choose from for their newborns. These include old and rare names, as well as names with beautiful meanings.

Dalia Pakalniškienė, a professor of linguistics at Klaipėda University who helped put together a book called “Rinkis vardą Lietuvišką", or “Choose a Lithuanian Name”, says that people often believe a name to be Lithuanian, whereas in fact it is not.

“Sometimes, people believe that a name like Marytė (Mary) is very Lithuanian, but that's only partially true. These are names that came with Christianity that were adapted to the sounds and stresses of the Lithuanian language. However, their origin is different. This can be ascertained using the vocabulary of the Lithuanian language and other languages, but you can't tell right away. Just look at how Lithuanian Paulius (Paul) and Saulius (Saul) sound…”

She also singled out some of the most popular names in Lithuania, like Jonas (John), Marija (Maria) and Ona (Anne). These are names with Hebraic, Greek and Latin roots. There are also saintly names with German or Slavic roots, so it can even be hard for researchers to identify their roots, especially now, when people are creating so many new names.

Many believe that Lithuanian names must be related to nature, natural phenomena or national symbols and history.

“That's not quite true,” said Pakalniškienė. “There are two clear categories of Lithuanian names. One includes names with two roots, like Algimantas, Mindaugas and Tautvydas, which are characteristic of all Hindo-European languages. These days, some of them, like Vaišnoras, have become surnames and are no longer used as names. The other category consists of simple words that used to be nicknames given for people's internal or external characteristics. For example, Vilkas (Wolf) – we don't use that name today, but it has survived as a surname.”

She also says there is no way to know how common people called themselves in the olden days, because only dukes and noblemen left any records about themselves in historic texts. This is also the reason why more historic male have survived to this day than female.

Names based on objects and phenomena in nature are actually quite recent and date back to a movement in the 20th century. Names like Eglė (fir tree), Liepa (lime tree), Ažuolas (oak), Rasa (dew) and Audra (storm) are all modern names.

Some Lithuanian names came from literature – names like Gražina, Milda or Nijolė, which were created by historians, mythologians and writers.

There are also Lithuanian names that are thousands of years old – these include Mantvilas, Vytautas, Algimantas, Eimantas, Norvaišas, Sirvydas and Švitrigaila. All these are names of Medieval Lithuanian dukes and warlords. Some of them remain among Lithuania's most popular names, while others can only be found in history books.

Some of the most popular names for babies last year, especially girls' names, were Lithuanian in origin, but Pakalniškienė said that they aren't in the lead.

These include names associated with pre-Christian deities.

“The names Gabija, Austėja, Dalia and Laima are relatively new – in the old times, who would have thought to name their children after gods? This shows a change in our outlook on the world. We no longer consider them gods – it's a certain form of debasement,“ said Pakalniškienė, whose given name is Dalia, after the Baltic pagan godess of fate.

However, Pakalniškienė also pointed out that the steady popularity of Lithuanian names in Lithuania is also a testament to the country's national values and historical experience.

“For large nations, individuality and survival aren't as important, and people don't have such a strong survival instinct. We are glad that there are so many Lithuanian and Baltic names among the most popular names, but for others, this isn't relevant.

"Research in Germany has indicated that Slavic, Slavic forms of Greek or Latin names are very popular there, like Sasha. We seem to protect ourselves from that, we don't want them, we've had different experiences. The fact that these names are popular in Western Germany but not Eastern Germany speaks volumes. Therefore, a lot depends on history as well as political, economic and other conditions,” said Pakalniškienė.