BNS EN
aA
Vilnius City Mayor Remigijus Šimašius of the Liberal Movement has been urged by a group of parliamentarians to found a museum of the Lithuanian capital. 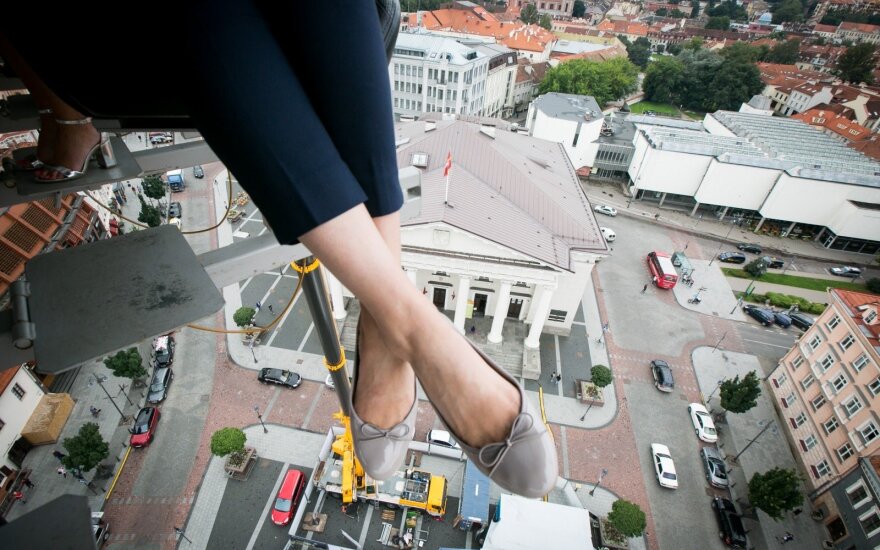 The May 3 group of the Lithuanian parliament say Vilnius should have a museum to picture the city's multinational and multicultural heritage in an effort to better understand the city's history, evolution and the important role played in its creation by the strong communities of Jews, Poles, Belarusians and Ruthenians.

"We are certain that such a Vilnius museum would not only play a key educational role but also become a center that would help today's society of Lithuania to get a better image of its history and each other. This would boost the level of human trust, as well as give new opportunities to solve problems that concern one group or another," said conservative MP Andrius Kubilius, the group's founder.

Šimašius told BNS that he also thought the museum was needed, pledging to make efforts to establish an institution in the Lithuanian capital.

"Of course, there are many museums in Vilnius that reflect part of our history but there is no museum that would tell about how the city was founded, its historical life and present with its urban culture. Clearly, we need one," said the mayor.

In his words, it is not necessary to build a new building or a new institution for the museum. Šimašius said it could be accommodated in one of the existing structures by way of providing them with new functions.

"This could he done in the Town Hall. Let's agree, it has for long not been the institution that is a superb representation of the city, and the quality and presentation of exhibitions has not been the best in town. (…) The Town Hall should become a cultural center, as well as a center of presenting the city. Exhibitions, events and things about the city and its residents naturally fit at the Town Hall as the most important building for the city's residents," Šimašius told BNS.

Vilnius, as the capital of the Great Duchy of Lithuania, was first mentioned in written sources in 1323.

The Great Synagogue of Vilnius that was razed to the ground during the Soviet rule should be...

Events marking the International Holocaust Remembrance Day are getting underway in Lithuania on...

Lithuania's Culture Minister Liana Ruokytė-Jonsson has expressed support to the idea of...