aA
Member of the Lithuanian Parliament Algirdas Vaclovas Patackas has publicly warned the leader of LGL, a Lithuanian LGBT* rights NGO, that the organization is “playing with fire” and that its activities might result in a “black, repulsive and totally unacceptable response” similar to that which “happened in Paris.” The statement by the MP was issued as a response to the organization’s humourous suggestion to use 10-litas notes, that have been taken out of circulation, as LGBT* souvenirs. 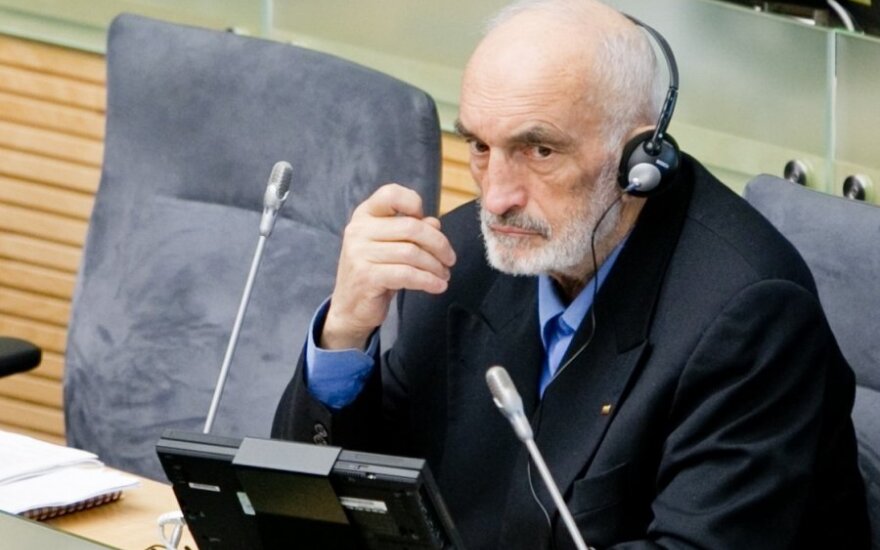 In the message, initially published by the right-wing news portal alkas.lt, the MP accused LGL’s chairman Vladimir Simonko of “provocation” that might result in “dead bodies”. “For black, repulsive and totally unacceptable challenge-provocation you might face no less than black, repulsive and totally unacceptable response. Because in Lithuania, as in every land which calls itself Christian, not everyone turns the left cheek; there are many, who believe in the principle “an eye for an eye”, i.e., the main cause of what has happened in Paris,” warned Patackas, an unaffiliated MP, previously member of the Way of Courage parliamentary group.

LGL has immediately approached the national law enforcement officials with the request to investigate comprehensively the alleged threats to the organization. According Simonko, the news were highly disturbing.

“Despite the fact that this message is directed at me as the head of the organization, all staff members view this message with great unease. If these allegations are real, we place our trust in the national authorities. If this is some sort of a “joke”, I believe that the MP Patackas has very poor sense of humour, which is totally unacceptable in the light of recent tragic events in France,” said Simonko.

LGL said in a press release that if MP Patackas indeed has any information about planned attacks against the organization or its staff, he must share this information with the law enforcement officials immediately.

The Lithuanian Gay League , an LGBT rights NGO, has had an idea to keep some of the 10-litas notes...