BNS
aA
A social video ad about LGBT families is detrimental to minors and therefore must be restricted, the Office of the Inspector of Journalist Ethics told the Lithuanian Gay League on Wednesday. 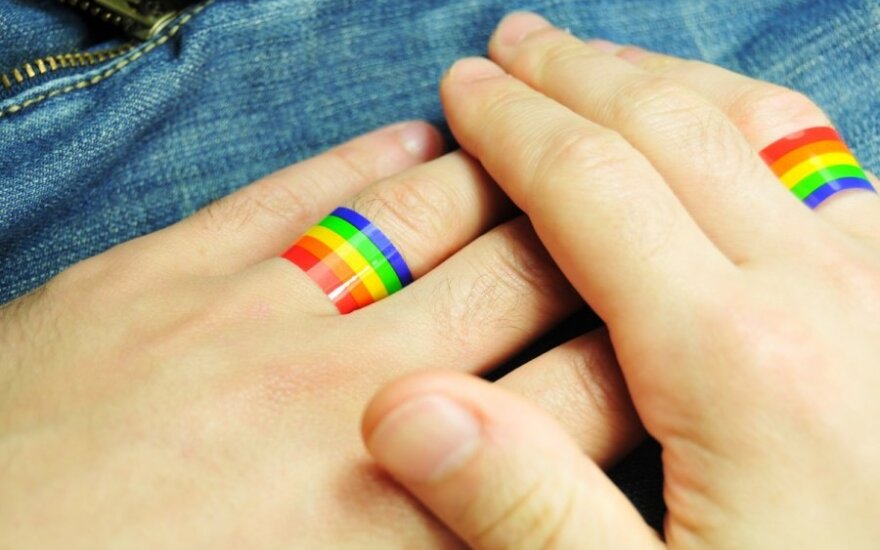 "The inspector of journalists' ethics today signed a response to the Lithuanian Gay League's request. The inspector agreed with the experts' conclusion," the inspector's deputy Deividas Velkas told BNS on Wednesday.

The conclusion says that the video promoting LGBT rights "has a detrimental effect on minors' emotional, spiritual, mental development and health and proper formation of fundamental life values".

The conclusion was drawn up in response to the national broadcaster LRT's refusal to air the video, quoting suspicions that it might breach the Law on the Protection of Minors Against the Detrimental Effect of Public Information.

The law says that minors can be harmed by any information "which expresses contempt for family values, encourages the concept of entry into marriage and creation of family other than the one stipulated in the Constitution of the Republic of Lithuania and the Civil Code of the Republic of Lithuania". The law puts restrictions on sharing such information in mass media.

The video, commissioned by the Lithuanian Gay League, discusses stereotypes about LGBT people, quoting statistics that only 12 percent of people in Lithuania say they know at least one person who is gay, lesbian or bisexual, and "the remaining 88 percent also know such people but do not realize that".

The video features a man wearing a T-shirt saying "For Family Diversity" written on it, and there's also a caption "Family is Family" under a rainbow flag.

The experts' conclusion also states the video "introduces the idea that a family can be created by persons of the same sex" and "calls for change in attitudes towards same-sex families".

"Based on laws and centuries-old norms, a family is understood as a marriage between a man and a woman. The Lithuanians' traditional attitude is reflected in the ethnoculture and also the language," the conclusion reads.

"We regret such a decision which we see as legalized censorship with respect to the LGBT community, and I think it's a bad precedent for similar cases when unfavourable decisions on LGBT rights will be made," he told BNS on Wednesday, adding that the organization would consult lawyers on possible complaints to courts and the European Commission.

A series of public events for and about transgender people, organized by Lithuania's national LGBT*...

The Lithuanian Office of the Ombudsperson for Equal Opportunities has expressed criticism for the...

The Government of Lithuania has rejected proposed amendments, which are now being discussed in...