BNS
A new media freedom ranking by Freedom House puts Lithuania ahead of Russia, Belarus, Latvia and Poland, but behind Estonia. 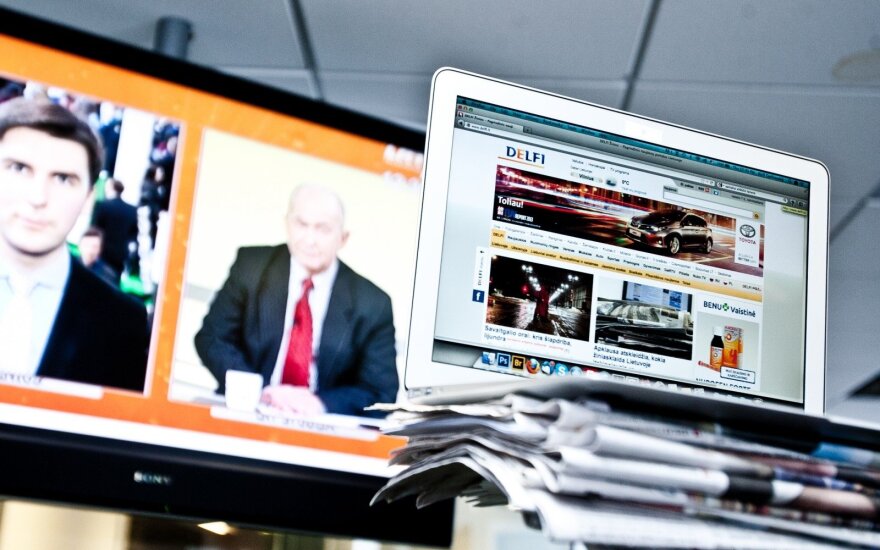 The ranking, presented by the US non-governmental organization on Wednesday, puts Lithuania in the 33rd spot among 199 countries and territories.

The Baltic state is also ahead of some Western European countries like France and the United Kingdom.

Vytis Jurkonis, the head of the Vilnius bureau of Freedom House, told BNS that the organization was focusing on high concentration of media ownership and rather complex economic conditions for media work.

"When it is difficult for media to survive independently, it often becomes dependent on its sponsors and donors. It is no secret that tax policies have had a rather painful effect on newspapers and magazines especially, while dependence on municipalities and local politicians is extremely harsh in certain regions," he said.

In Jurkonis' words, Lithuania's ranking was pulled up by the parliament's move to decriminalize insults.

Estonia's ranking is the highest among Eastern European countries (15th), while Latvia and Poland both rank 51st.

Meanwhile, Belarus and Russia are at the bottom of the list, ranking 192nd and 176th, respectively.

Lithuania was ranked 35th in this year's World Press Freedom Index published by the non-governmental...

Lithuanian reporters have asked the country's president to veto a law that introduces penalties for...

Lithuania moved up slightly on the media freedom index published by the US non-governmental...