Lithuanian med students say no to bribes for doctors

(2)
aA
On International Anticorruption Day, the Special Investigation Service shifted their attention to medical institutions, where citizens encounter bribery most often. Doctors blame citizens for giving bribes while patients complain that, without bribes, they won't receive proper medical attention. Campaigners against corruption say that bribery would disappear if medical institutions themselves were to take resolute actions against corruption and made an effort to take care of their patients. 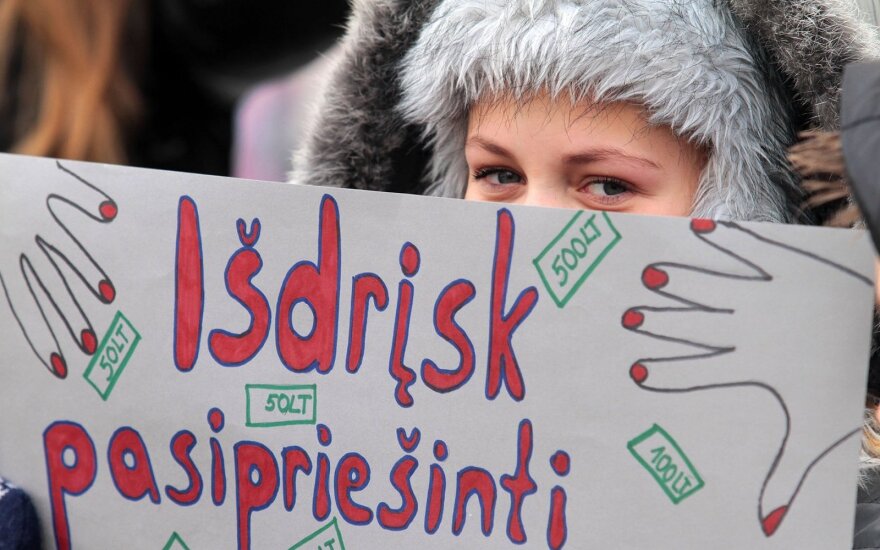 Most citizens consider public medical institutions to be the most corrupt. Anonymous surveys show that about half of respondents admit to having given money, sweets and other gifts in order to gain attention and quality service or to thank their doctors.

Sergejus Muravjovas, the head of the Lithuanian division of Transparency International, said that “people are often reluctant to give bribes. There is often a culture of bribery when something is done for you by someone else. This is not a comfortable action for people, but they do so because it's the only way to get adequate services.”

Doctors say that they cannot do anything because it is a societal habit. The head of the Lithuanian Medical Association, Liutauras Labanauskas, said that “doctors will not engage in public education. They will engage in treatment. Those who write about corruption, do surveys, they make money from that. Let them educate the public. We are not asking for anything, we are not doing anything.”

The Medical Students' Association has decided to change the habit of bribery in hospitals. For several years, they have been putting labels on doctors' office doors that encourage people to avoid bribery. This time, the students have decided to publicly pledge not to take or give bribes. Rytis Kalinauskas, the head of the Lithuanian Medical Students’ Association, said that “our main task is to talk with patients, doctors, to clarify problems, and to put stickers on the doors of doctors’ offices. They're like a doctor’s promise that they do not need the bribe.”

Muravjovas explained that “people usually give a bribe to feel safer. They hope to get faster or better services. Sometimes this is the case, but it is often a misleading feeling.”

The Lithuanian Government decided on Wednesday that representatives of associated business...