BNS
aA
Lithuanian Health Minister Aurelijus Veryga, who is putting forward proposals aimed at discouraging smoking, did not promise any concessions to the tobacco industry as he met with officials from the National Tobacco Manufacturers' Association on Tuesday. 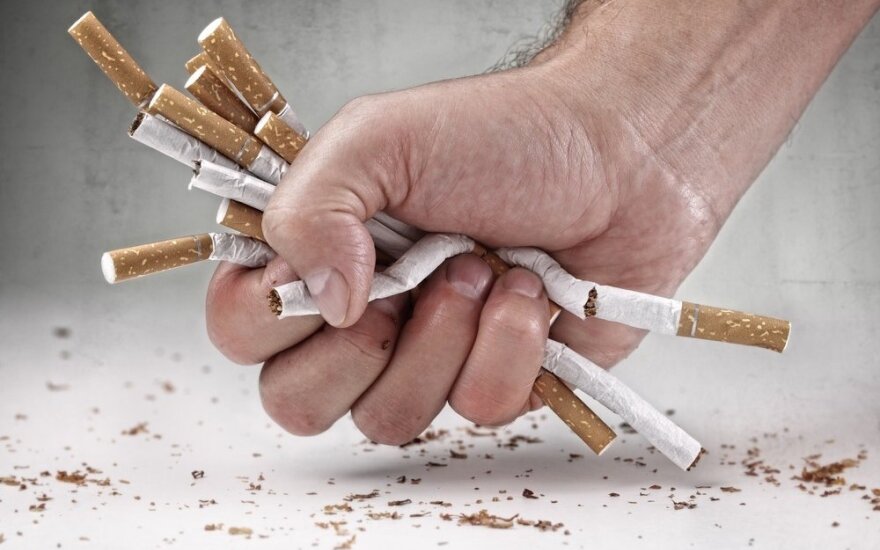 The minister told reporters after the meeting that final decisions will be made by the parliament.

"The legislation has been drafted and made publicly available and open to proposals. Some concerns or arguments were voiced today, too. I don't want to speak about where concessions might be made," he said.

Arnas Neverauskas, the association's executive director, told reporters after the meeting that raising the excise tax is the best means to discourage smoking.

"The measures already in place are effective enough. The World Health Organization agrees that excise duties, price policies are the most effective measure to restrict the number of smokers," he said.

The Seimas in late June approved the government's three-year plan for increasing the excise tax on tobacco products by 6-14 percent annually starting next March.

Plans to introduce plain cigarette packaging may lead to an increase in production of counterfeit cigarettes and smuggling, Neverauskas warned.

The proposed amendments to the Law on the Control of Tobacco, Tobacco Products and Related Products call for introducing plain cigarette packaging, prohibiting tobacco displays in shops, and banning smoking on balconies of multi-apartment buildings and in outdoor cafes, beaches and some other places.

Prime Minister Saulius Skvernelis said on LRT Radio on Tuesday morning that the ministry's proposals should not ruin tobacco manufacturers.

Seimas votes down ban on smoking on flats' balconies

The Lithuanian parliament on Tuesday voted down a proposal to ban smoking on balconies of...

Minister of Healthcare Aurelijus Veryga is in breach of the public and private interest separation...