BNS
aA
Lithuania's government will consider a proposal to define cases when people serving life prison sentences might be released. This way the country would implement the ruling of the European Court of Human Rights. 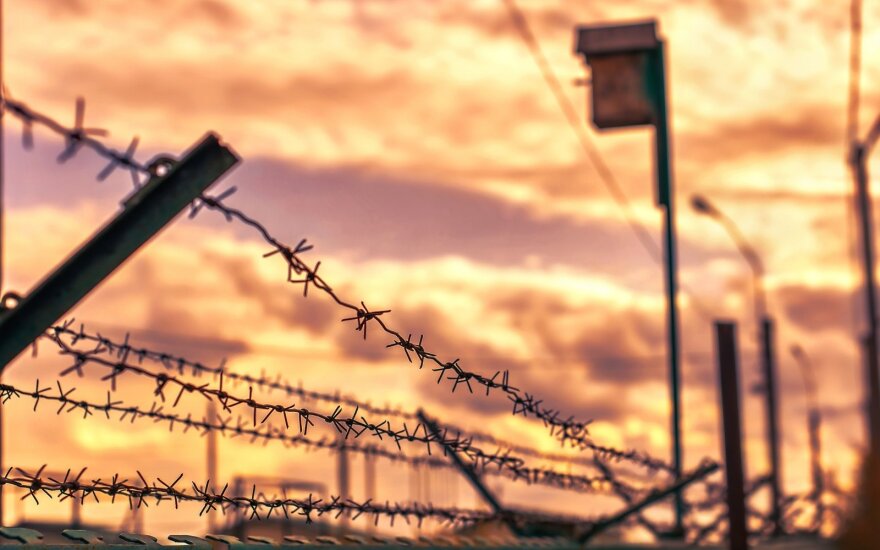 Proposed amendments drafted by the Ministry of Justice state that a person sentenced to life imprisonment would be able to ask for early release after serving at least 20 years. And such a request would be considered by a regional court.

If the court decided to replace life imprisonment with a terminated prison sentence, it would no shorter than 5 years and longer then ten years from the day of the court ruling coming into force. And the convict could be released on parole when serving the 5-10 year sentence.

If a regional court rejected a request by life prisoner, it might be appealed with the Court of Appeals.

The decision-making process related to the release of a life prisoner might also involve victims and their representatives.

The amendments need approval by the government and parliament.

Under the existing Code of Criminal Proceedings, a person sentenced to life imprisonment might have the sentence reduced to at least 25 years.

In May 2017, ECHR ruled that Lithuania violates the rights of prisoners serving life sentences by depriving them of any hope of release.

In the court's opinion, Lithuania's presidential pardon system is not efficient and sufficient enough.

The court stressed that "even those who commit the most abhorrent and egregious of acts, nevertheless retain their essential humanity and carry within themselves the capacity to change".

The ECHR ruled that Lithuania violated the rights of eight life prisoners, which they have under the European Convention on Human Rights.

Currently, there are 122 life prisoners in Lithuania.

Lithuanian Justice Minister Elvinas Jankevičius is doubting the effectiveness of halfway houses and...

Up to 450 inmates would be affected by amnesty in Lithuania

400-450 inmates would be affected by proposed amnesty in Lithuania, Justice Minister Elvinas...

Central Vilnius prison to be vacated in 3-4 years, justmin says

Prisoners from Lukiškės Prison in central Vilnius will be moved to other correctional facilities in...

JustMin considers turning to law-enforcement over irregularities in prisons

The Lithuanian Justice Ministry is considering turning to law-enforcement bodies over irregularities...

Lithuania's Justice Ministry has drafted a bill that would give hope to persons serving life sentences...