BNS EN
aA
Evaldas Rimašauskas, a Lithuanian national accused of swindling US tech giants Facebook and Google via an email fraud scheme, on Friday appealed the Vilnius Regional Court's decision to allow his extradition to the United States. 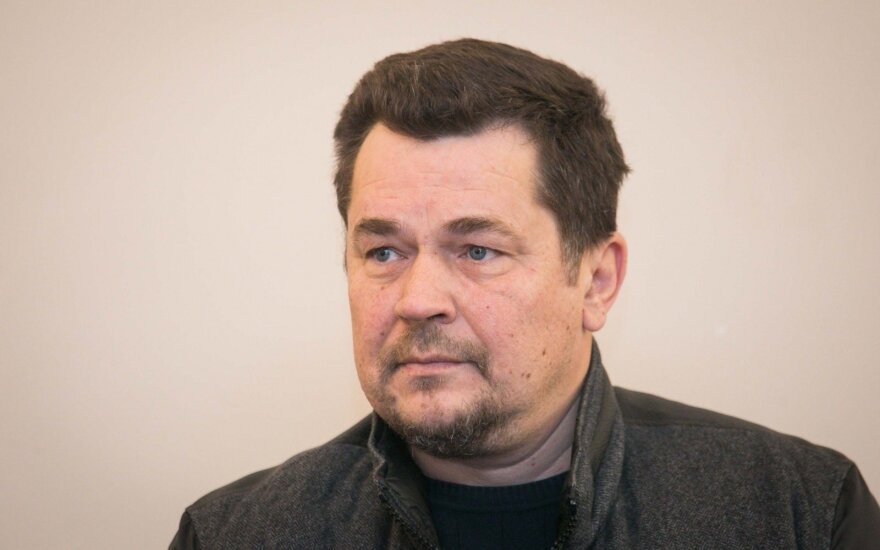 "The appeal has been filed," the man's lawyer, Snieguole Uždanavičienė, told BNS.

US law-enforcement officials accuse Rimašauskas of swindling Google and Facebook out of more than 120 million US dollars.

US officials' letters to Lithuanian law-enforcement bodies, forwarded to BNS by the suspect's wife, Olga Rimasauškienė, show that the Lithuanian is accused of defrauding Facebook of around 99 million dollars and Google of some 23 million dollars.

The lawyer said that her client had to be tried in Lithuania, where he is alleged to have committed the deeds he is accused of.

Uždanavičienė added that US officials, in essence, had provided no new information when asked to by the Lithuanian court.

"These are two essential points of appeal. First, there is not enough information (for his extradition) and, second, the issue of jurisdiction. (...) I see jurisdiction in Lithuania," she said.

The Lithuanian is accused of sending fraudulent emails to the US companies, posing as employees of an Asian-registered company. It is suspected that he conned the Americans into wiring large amounts of money into Latvian and Cypriot bank accounts under his control. The man is accused of committing the crimes between 2013 and 2015.

US law-enforcement officials have brought fraud, money laundering and identity theft charges against the Lithuanian citizen. If convicted, the first two counts carry a maximum sentence of 20 years in prison.

Documents available to BNS show that the money was wired to a Latvian firm with the same name as the Asian company. Rimašauskas registered the Latvian company in the summer of 2013 as its sole management board member and shareholder.

According to US law-enforcement, Google in October of the same year made three transfers, worth over 23 million dollars in total, to an account opened by the Lithuanian at Latvia's SEB Bank.

The suspect allegedly submitted forged contracts, one of which had a forged signature of a Google employee on it, to prove the legality of the funds.

According to the documents, the Lithuanian in June 2015 opened an account with Eurobank Cyprus and received nearly 99 million dollars from Facebook via 16 transfers in August and September of that year.

The US officials say that Rimašauskas caused the stolen funds to be wired into different bank accounts in seven countries.

The officials say they have no information about any other funds having been transferred to his bank accounts in Cyprus or Latvia.

A Vilnius court has decided to extradite Evaldas Rimašauskas , Lithuanian national who is wanted in...

A Vilnius court will Monday pronounce a verdict on extradition of Evaldas Rimašauskas , Lithuanian...

The Lithuanian Court of Appeals will Tuesday hear an appeal filed by Evaldas Rimašauskas , a...