BNS
aA
Lithuanian and foreign officers have busted a large-scale international criminal organization involved in various online and other crimes for a long time in Europe and beyond, Lithuania's Prosecutor General's Office said on Friday. 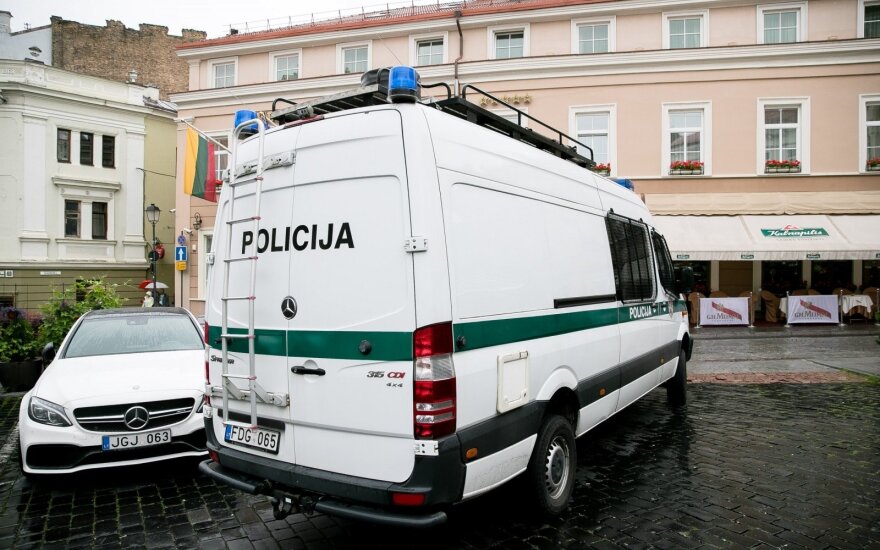 The gang's estimated damage could reach 18 million euros, with over 35,000 incidents of online fraud detected. It could be one of the largest e-crime cases in post-independence Lithuania

58 Lithuanians were involved in the criminal group, and the total number of suspects could reach 100. Other persons are being prosecuted in Germany. They used to buy various household appliances from e-shops, with German e-shops mainly targeted, and the criminal gang continued its activity in Eastern and Western Europe.

"The majority of the suspects had no previous convictions, they had "clean past", prosecutor Edita Ignatavičiūtė said, adding, however, that officers became suspected of their legal income ranging only from 3 to 100 euros.

Around 150,000 euros and 185,000 US dollar have also been seized during searches in Lithuania, and rights to real estate and other assets in Vilnius and Kaunas have been restricted.

Officers say that evidence has been collected for several years under the conditions of exceptional confidentiality. It suggests that members of this criminal organization, with the majority of them being Lithuanian citizens, specialized in the so-called carding, related to bank account hacking and using BOTNET, and also committed other crimes related to tax avoidance, money laundering and sending a large amount of goods illegally acquired from e-shops in Germany and other Western European countries for selling in third countries.

Western European residents fell victim to these crimes, and goods were sold in Russia and Ukraine, with only a small part of them sold in Lithuania.

"The investigation involved officers from foreign countries, Europol and Eurojust. They were able to identify and detain key members of this organization in various countries," the statement reads.

The mastermind, a Russian citizen, was detained in Cyprus after having been involved in criminal activity since 2009. He was later handed over to Germany and a European arrest warrant.

The investigation is ongoing in Lithuania as well. The original investigation was launched in 2013 after Danish journalists became interested into goods illegally acquired from online shops. A joint Lithuanian-German investigative group was set up in 2015.

One group of the criminal organization was responsible for receiving illegally acquired good in Eastern Europe and selling them. The money would be sent electronically or in the form of crypto currencies to the mastermind who, in turn, would distribute it among other members of the criminal organization. The reward would depend on a person's role in the group and their productivity.

Police say gang members, residing in various countries, kept contact with the criminal organization's mastermind and among each other via internet under strict conspiracy rules.

Operating special data bases, the mastermind demanded that every member would upload certain reports on work done and other members could see the whole movement of goods.

The pre-trial investigation revealed that the main flow of goods would go from Germany (as German e-ships were mainly targeted) to Russia, Ukraine and the Baltic states.

The criminal organization's members responsible for the sale of goods had not only storage facilities but also e-shops and would easily sell the received goods for considerably lower prices than in the West, with the post popular items including smart phones, computers, navigation devices, TVs, brand clothing.

Two men are suspected over an attack against an Ecuadorian in Vilnius earlier this month. The two...

A suspected leader of an international drug trafficking group was detained in Lithuania last week, the...

Verners Lūsis has resigned as CEO of LDZ Logistics, a subsidiary of Latvijas Dzelzcels (Latvian...