EN.DELFI
aA
For the second year in a row Lithuania has been included in the Toronto International Film Festival – one of the key events of the industry across the globe. The 43rd edition of the film festival will run for eleven days and include the world premiere of Marija Kavtaradzė’s debut feature Summer Survivors (orig. “Išgyventi vasarą”), which is taking place today, September 7. Authors of the film will hold a meeting with the audience after the screening. The national film industry will be represented at the EUROPE! Umbrella of the TIFF Industry Centre by the Lithuanian Film Centre as the official member of the European Film Promotion (EFP), a press release from the Lithuanian Film Centre states. 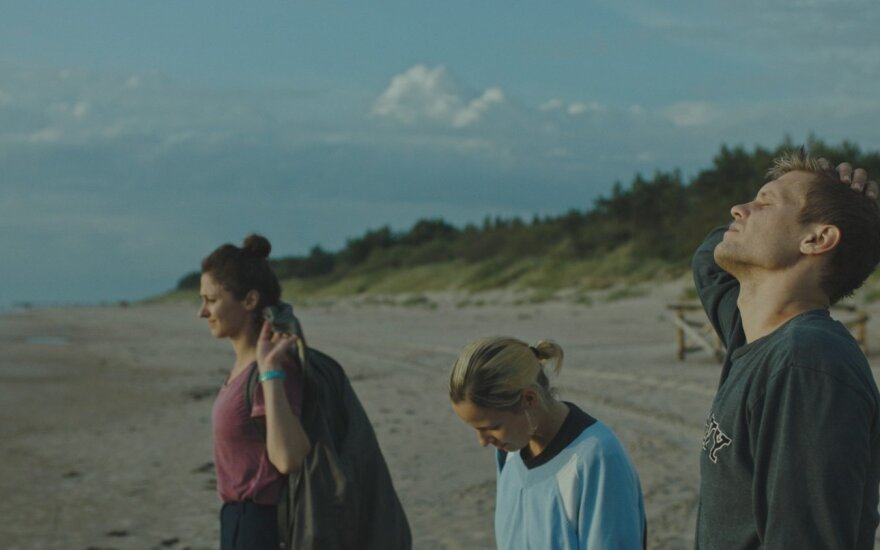 The road movie Summer Survivors by the new generation filmmaker and screenwriter Marija Kavtaradzė was produced by Marija Razgutė (M-Films) and Klementina Remeikaitė (Afterschool). The film was selected for the festival's Discovery programme. Last year the Lithuanian tragicomedy Miracle by Eglė Vertelytė was also presented in this programme dedicated to the first and second feature films by up-and-coming filmmakers from around the world.

The film along with the rest of the participants of the Toronto Film Festival will compete for the Grolsch People's Choice Award. Kavtaradzė's Summer Survivors can also hope for the International Critics' Prize (FIPRESCI Prize) which is awarded to the best film from the Discovery programme. It's important to note the Lithuanian production has already secured its international distribution – an agreement with the world sales company Heretic Outreach has been recently signed. The production and presentation of the film at the festival have been supported by the Lithuanian Film Centre.

Minority co-production Core of the World (Russia, Lithuania), directed by the noted Russian filmmaker Natalia Meshchaninova and co-produced by the Lithuanian producer Dagnė Vildžiūnaitė (Just a Moment) will also premiere today at the Toronto Film Festival. The film will be presented in the Contemporary World Cinema programme, the production of which was partially supported by the Lithuanian Film Centre.

Lithuania is also to be represented among the 14 EFP members under the EUROPE! Umbrella set up at the Industry Centre of the Toronto Film Festival. The joint stand of the EFP members has been organised for the third year and has become the central meeting point for the industry professionals interested in European film. There, the Head of Department of Film Promotion, Information and Heritage at the Lithuanian Film Centre Dovilė Butnoriūtė will present national film industry market and titles at TIFF to the international film community and build cooperation ties with potential partners, financiers and representatives of different film industry areas.

These are not the only Lithuanian accents at the Toronto Film Festival this year. The Discovery section includes the Norwegian director Camilla Strøm Henriksen's film Phoenix (Norway, Sweden) which was partly shot in Lithuania and benefited from the Lithuanian film tax incentive scheme. The crew of the Ukrainian filmmaker Sergei Loznitsa's latest feature Donbass, which will also be screened at TIFF, includes the Lithuanian editor Danielius Kokanauskis and the Lithuania-based sound designer Vladimir Golovnitski.

Read an interview with a Lithuanian film maker Eglė Vertelytė .