Elta EN
aA
The education system oriented at academic achievements prevents Lithuania from becoming an innovative country. It does not promote innovative thinking, entrepreneurship and is impeding such traits says senior economist at Swedbank Laura Galdikienė. 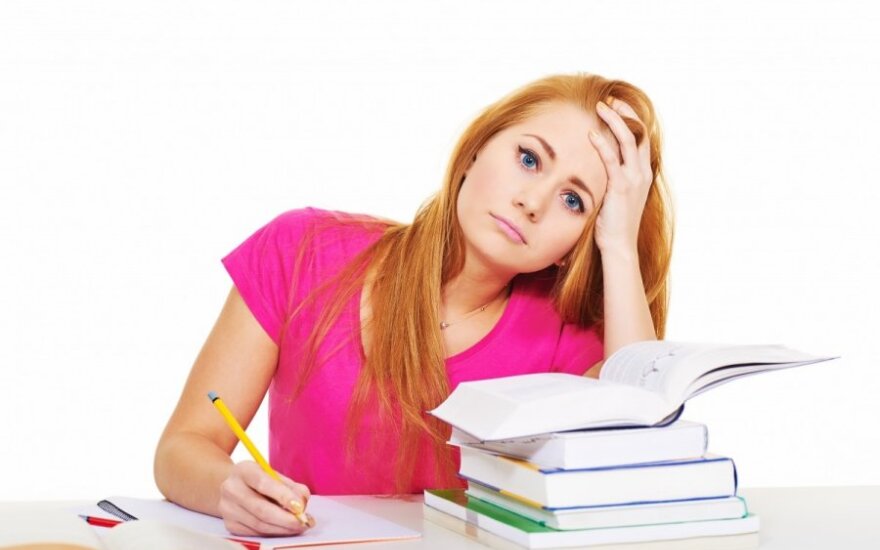 According to the expert, two factors determine the level of innovativeness - creative people and conditions to implement ideas.

"The second factor includes various environment aspects affecting innovation - the infrastructure, quality of institutions, red tape, development of financial markets, labour market, talent pool, etc. These elements are essential and Lithuania could certainly improve in the field. However, it must be stressed that this does not ensure success if the society is not sufficiently creative. The country's success in the area of innovation often depends on people's ability to create, think critically, communicate, apply knowledge and ideas at work and as part of society," Galdikienė said.

The economist has criticised Lithuania's education system, which, according to her, is not oriented towards developing the new generation of innovators.

"The education system is focused on academic achievements, which are measured by exams. Therefore, during the education process, information is simply transferred from teachers' notes to students' notes. Not only does such education model not promote innovative thinking and entrepreneurship, it prevents these characteristics from emerging," said Galdikienė.

Due to the positive impact of innovations on the economic growth and well-being, countries often devote particular attention to research and development (R&D). In 2013 Lithuania was determined to increase R&D funding to 2.2 percent of GDP. However, despite the efforts, the total R&D expenditure in Lithuania remains very low and reached just 0.9 percent of GDP in 2012. The indicator was twice lower than the European Union's average, while the cost-effectiveness remained the lowest among the Baltic states and one of the lowest in the EU.

"This blind pursue of R&D indicators reminds the attempt to buy a university diploma while bypassing the learning process. Little R&D expenditure is the result of the low level of the country's innovativeness and not its cause. Hence, allocating more funds from the state budget and the EU funds to "priority" R&D areas would not transform the situation dramatically. Therefore, the state should analyse the causes of such poor results and find ways to improve innovativeness," said the economist.

Vilnius University (VU) was ranked among 551-600 best universities in the world. Three other...

Klaipėda City Mayor Vytautas Grubliauskas has signed a protocol of intentions on the establishment...

Lithuania has continued its climb up the Global Competitiveness Index , and is now ranked in the 41st...