Lithuanian artist's sculpture to be exhibited at Washington Union Station

BNS
A sculpture, named "Gardens", by Lithuanian-American artist Ray Bartkus will be unveiled at Washington Union Station on Wednesday, dedicated to the 100th anniversary of the Restoration of the State of Lithuania. 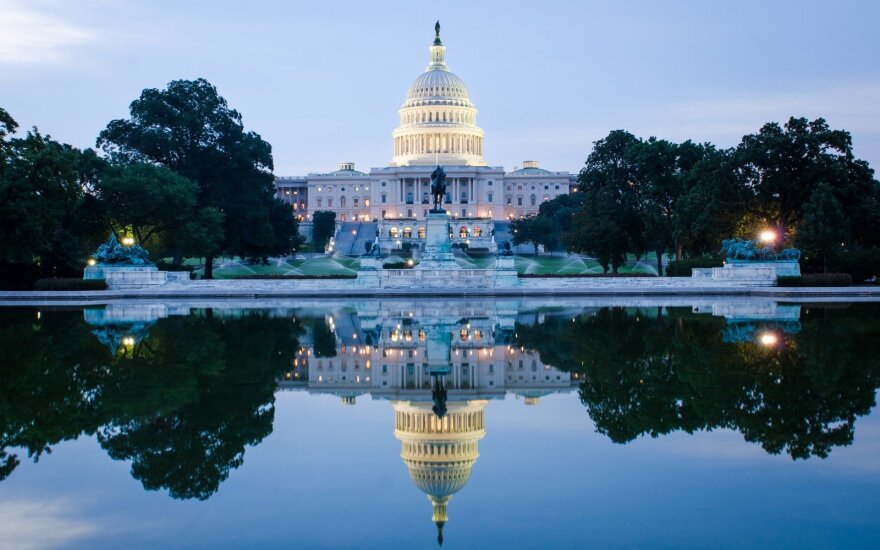 The installation will be unveiled in the station's main hall by Lithuanian Ambassador to the United States Rolandas Kriščiūnas and its author Ray Bartkus, the Ministry of Foreign Affairs said.

Using modern materials and technologies, Bartkus recreated compositions of Lithuanian folk artists in his installation. Aluminum bars were used for creating "Gardens", and they will be illuminated with color-changing LED lights, creating the effect of a kaleidoscope.

"Standing at the most important juncture of Washington's transport links, this artwork will symbolize those dynamic relations and a close dialogue that exist between Lithuania and America. It's a symbol of our two countries' strong belief in an individual's self-expression and human freedoms," Ambassador Kriščiūnas said.

Bartkus says the composition of "Gardens" embodies the long-standing nature of Lithuania's traditional art and shows its resistance even in a modern environment, thus symbolizing the strength of Lithuania's statehood.

Bartkus lives and works in New York since 1991. He holds personal exhibitions and takes part in group expositions in the US, Lithuania, Austria, Poland, Switzerland and other countries. His works are included into the collections of the US's National Portrait Gallery, Lithuanian National Gallery of Art and also private collections.

Following its exhibition at Washington Union Station, "Gardens" will be shown in other American cities. Later on, the installation will travel to Lithuania and become part of the Modern Art Museum's exposition.

Lithuania's ambassador to the United States says that the relationship between Europe and America...

Looking for traces of Lithuania in the world (1)

If you can find a sparrow, you will find a Lithuanian, an old saying goes. There are more than a...

The mayor of Kaunas and the Vytis Support Foundation signed on Thursday an agreement for a statue of...

"Gardens", a LED and aluminum mobile sculpture by Lithuanian-American artist Ray Bartkus , was...