Elta EN
aA
One of animal rights organisations has submitted an official complaint to the European Commission over the adopted amendments to the Law on Animal Welfare which enabled slaughter of animals based on Muslim and Jewish rites without prior stunning. 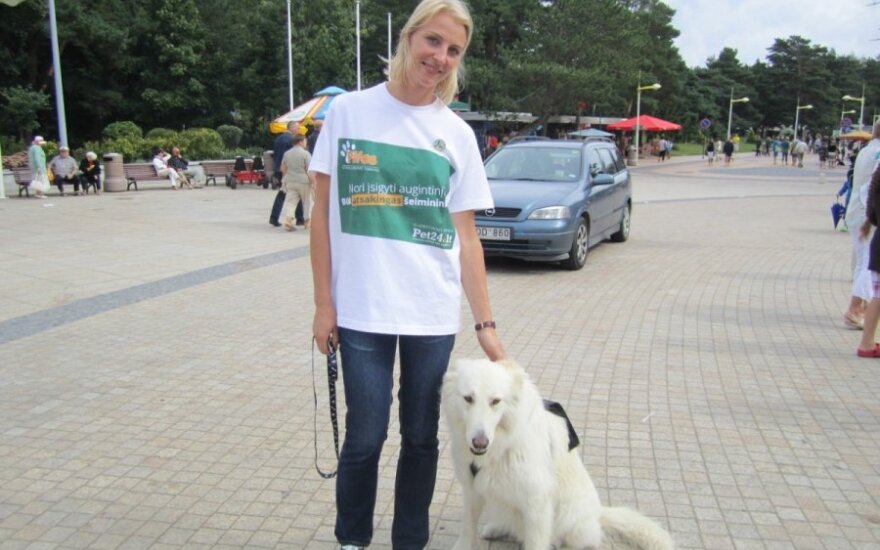 "Considering that the adopted amendments contradict the EU regulations we referred to the European Commission. We are optimistic after meeting its representatives. Upon their proposal we submitted an official complaint to the Commission," Head of the Animal Rights Protection Organisation of Lithuania, Brigita Kymantaitė, said in a statement.

If amendments to the Law on Animal Welfare take effect, ritual slaughter of animals without prior stunning will be allowed as of 2015.

Animal rights activists say that meat of animals slaughtered in such manner will be sold to Lithuanian consumers without their knowledge, because only certain parts of animals are used to prepare halal or kosher food, while no special labelling is foreseen in Lithuania to mark how animals are slaughtered.

More than 13,500 Lithuanians have already signed a petition against slaughter of animals without prior stunning.

According to Giedrius Sudikas, Spokesperson for the European Commission in Lithuania, if the complaint meets formal requirements, it will be registered within 15 days after it is received. However, registration in itself does not mean that an investigation procedure against a Member State is launched. "Only after analysing the complaint, would the European Commission make a decision on whether to launch an investigation on violations or to drop the case," said Sudikas.

Controversial reactions to legalization of ritual slaughter of animals in Lithuania

The law legalizing ritual slaughter of livestock, which was passed by the Seimas, the Lithuanian...

The Lithuanian parliament has legalized the ritual slaughter of livestock in a move that is expected...