aA
How could two neighbouring countries encourage cooperation and creativity among their film producers? An unconventional approach will be presented by the Lithuanian Film Centre on September 12–14. 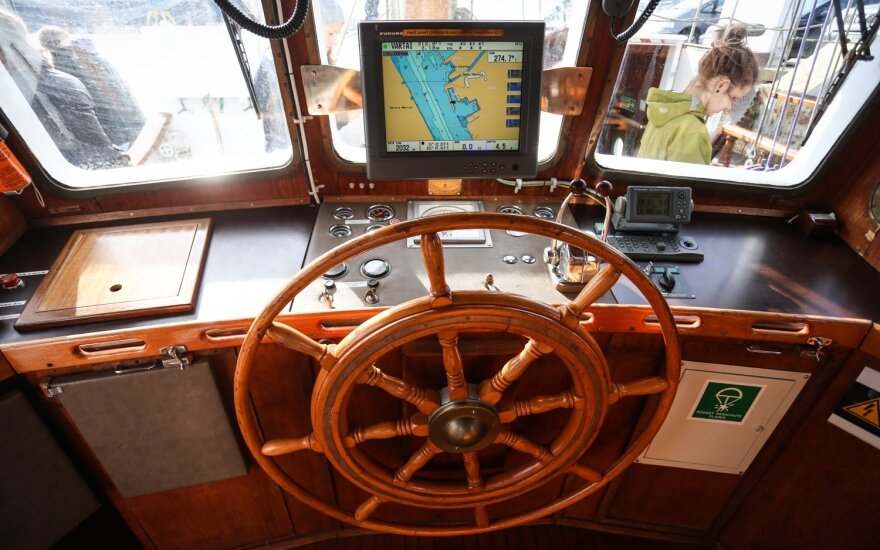 Twelve film producers from Lithuania and Poland actively working in the area of international co-production on the deck of one of the most beautiful sailing vessels “Brabander” embark on a voyage from the seaport of Klaipėda to Gdynia. The sailing boat will reach the Polish coast just before the opening ceremony of the 40th Gdynia Film Festival.

Together with the Polish Film Institute and Film Commission Poland, the Lithuanian Film Centre has initiated a unique project – an expeditionary workshop for Lithuanian and Polish producers on the route across the Baltic Sea.

“The idea was to encourage Lithuanian-Polish filmmakers to create movies together using unusual platforms and ways of meeting leading to co-productions. Lithuania and Poland are connected by the Baltic Sea, while the “Brabander” will connect the filmmakers of the two countries as well their ideas and plans – co-productions reflecting the common history, culture and events of the two nations are expected to born from this endeavour in a few years. I wish strongly that this story of the sailing boat would encourage Lithuanian and Polish filmmakers to create great films together”, said Liana Ruokytė-Jonsson, the initiator of the project , the Head of Film Promotion, Information and Heritage Department of the Lithuanian Film Centre.

Film industry professionals traveling on the boat will discuss potential joint projects that cover a wide range of cinematography – feature films, documentaries and animations with common historical connections. During the sailing-creative workshops moderated by Matthieu Darras, head of programming at the TorinoFilmLab and one of the leading speakers in the area of cinematography, the producers will become a crew of the sailing vessel and work as a team for two days: they will discuss projects, look for co-production partners, share ideas and… sail the old boat in shifts.

“The activity of sailing brings you out of the comfort zone and will allow testing your ability for teamwork, testing your values and giving a possibility to know each other better. When you put people into a limited space with one joint goal, and with no escape, they have to be cooperative; they have to help each other for reaching the finish line. Such experiences lead to new friendships for life if not good partnerships in business, – said Liana Ruokytė-Jonsson. – The boat and the sails have symbolic meanings in the project. The boat represents a film project, a story, and most often it has to sail according to a pre-set schedule. The sails represent passion, flight, and dedication of the boat crew – or the creative team of the film – to the common challenge. It is also an excellent tool to propel the boat. The crew symbolises the creative team of the film; it has to be coordinated, to work as a single unit, like a Swiss watch, so the boat – or the film project – does not get stuck out in the sea or sink to the bottom. The wind, the propelling force, represents the challenges, obstacles and hazards that are the source of energy while sailing the boat forward – or implementing the film project. All of these constituents have to be in perfect consonance in order to achieve the best result”.