BNS
aA
Lithuania will not slow down the pace of relocation of refugees after expiry of the European Union's (EU) two-year program, says Interior Minister Eimutis Misiūnas. 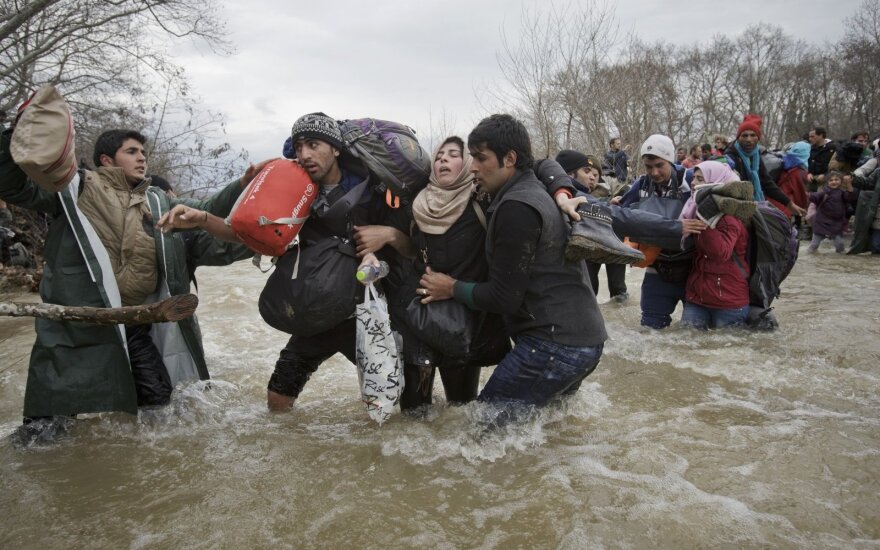 In his words, the pace has reduced over the past two months, as Italy and Greece cannot prepare documents in time due to a large wave of asylum-seekers.

"Lithuania is indeed ready, it is doing everything to be able to relocate. But both Greece and Italy are behind schedule to prepare the necessary documentation (…), they do not collect the necessary information in time," Misiūnas told BNS.

The minister said he had been assured by colleagues that the problems would shortly be settled and new people should come shortly.

In September, the European Commission recommendations to continue refugee relocation from Italy and Greece in accordance to the 2015 quotas. A commitment was then established that 160,000 refugees from Syria, Iraq and Eritrea would be distributed among EU member-states by the end of September of 2017.

Related articles
The refugees most feared are the best at adapting in Lithuania
Lithuania earmarks EUR 20,000 for Palestinian refugees

According to data provided by the European Commission, the community's countries accepted merely around 29,000 persons.

Misiunas said Lithuania was looking quite good in the general context, receiving 414 persons from its quota of 1,105 people, mainly Syrians from Greek camps.

However, observers question the efficiency of the program, as over 300 of the refugees later left Lithuania.

Another 10 refugees from Eritrea arrive in Lithuania under EU program

Another ten refugees from Eritrea have arrived in Lithuania under the European Union's (EU) program,...

Some 15 Syrian refugees were relocated to Lithuania under the European Union (EU) program last Friday.