Lithuania to use famous musicians, Kaunas modernism for presentation abroad

BNS EN
aA
The Lithuanian government's office suggests making a video for audiences abroad for the upcoming 100-year anniversary of independence, saying that the country should be presented by accordionist Martynas Levickis and conductor Mirga Gražinytė-Tyla. 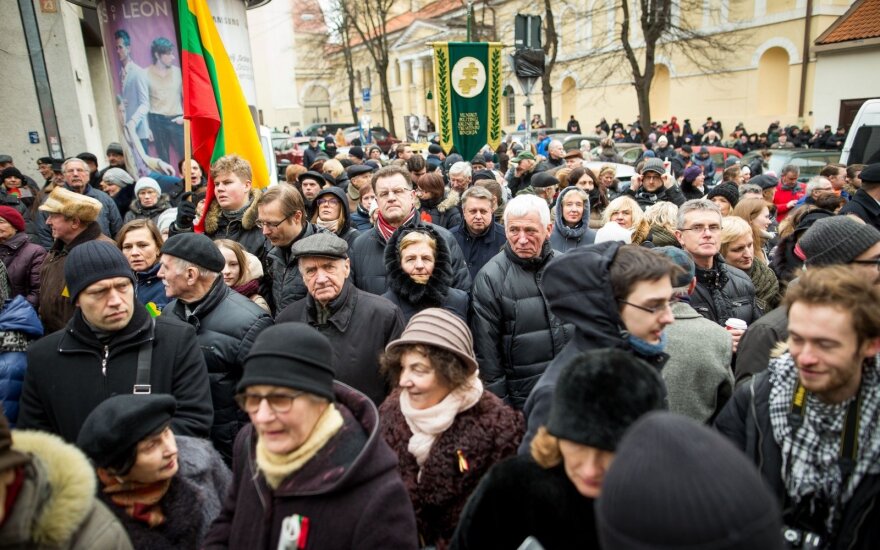 The office wants the English-language video of up to three minutes should feature other accents and faces, including pianists Gabrielius Alekna and Mūza Rubackytė, opera soloist Edgaras Montvydas, Mettis quartet, as well as the modernist architecture of Kaunas, works by symbolists and lasers.

The government's office says the video should present Lithuania as a modern and creative country. The video should be ready by mid-December and be shown during independence anniversary events abroad, with subtitles in the English, French, Spanish, Russian, German, Polish and Chinese languages.

The video should be distributed to the media with the goal of reaching foreign public leaders, opinion shapers and decision makers.

Lithuania will mark 100 years since the restoration of its freedom. On Feb. 16 of 1918, the Council of Lithuania "proclaimed the restoration of the independent state of Lithuania, founded on democratic principles, with Vilnius as its capital and declared the termination of all state ties, which formerly bound the state to other nations."

Mirga Gražinytė-Tyla has become the first woman musical director to be chosen for the City of...

Around three hundred people gathered in the Washington Square in Vilnius on Thursday evening to thank...

Insurgent Sierakauskas important to Lithuania as symbol of freedom - historian

Zigmantas Sierakauskas , the leader of the Lithuanian 1863 uprising against the tsarist Russia, is...

Lithuanians to sing national anthem on 100 hillforts on State Day

Lithuanians from around the globe are invited to sign the national anthem on 100 hillforts across the...

Lithuania's leaders on Friday congratulated Georgia on the 99th anniversary of its Independence Day.