Lithuania to mark end of World War II on 8 May

BNS
aA
Lithuania will celebrate the end of World War II in Europe on 8 May, with official events to be attended by the president and the prime minister. 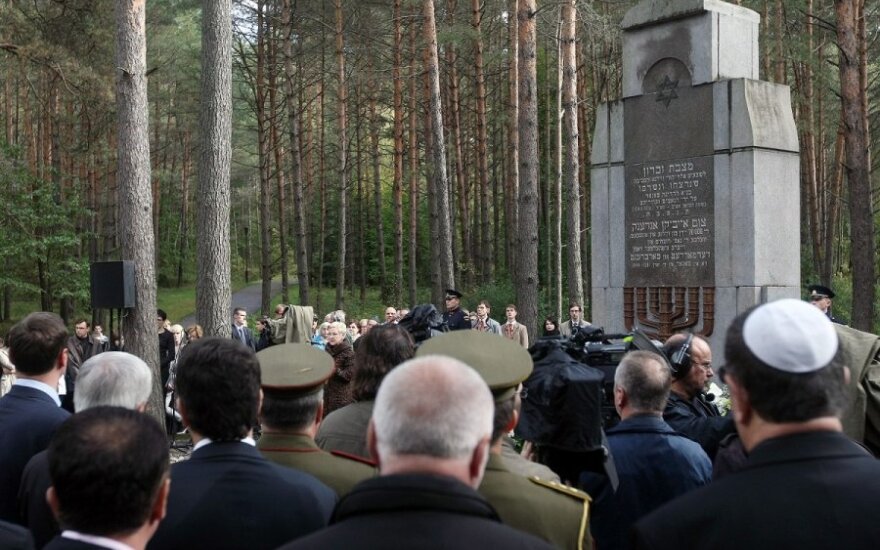 According to a program of events published by the Ministry of Culture, a service will be held at Church of St. Johns, followed by a ceremony at the Paneriai Memorial where tribute will be paid to the memory of victims of Nazism and genocide, soldiers of the Lithuanian local unit and Poland's Home Army, as well as the killed civilians.

Wreaths will also be laid in the Antakalnio Cemetery in Vilnius on the World War II Memorial and graves of Lithuanian freedom defenders.

A WWII memorial ceremony is scheduled at the cemetery in the Vingio Park in Vilnius.

A concert In Memoriam will take place at the Congress Palace in the Lithuanian capital on Friday evening.

The Ministry of National Defence has told BNS that Lithuania is celebrating the end of World War II on 8 May rather than 9 May, as the practice was during the Soviet era, because it was on 8 May 1945 that Germany signed an unconditional act of capitulation.

"Based on the document, the position worldwide is that World War II in Europe ended on 8 May, therefore, this is the date we will pay tribute to the victims," the ministry said in a comment to BNS.

After the end of World War II, Lithuania was incorporated into the Soviet Union. By 1952, 275,000 Lithuanian citizens had been taken to concentration camps and were deported, over 20,000 participants of resistance efforts, their family members and supporters were killed.

North Korean leader Kim Jong Un will not be coming to Moscow for the Victory Day celebrations on 9...

Lithuanian President Dalia Grybauskaitė will commemorate the 70th anniversary of the end of World...

The European Union 's Ambassador to Russia Vygaudas Ušackas will represent the EU at...