(1)
the Lithuania Tribune
aA
Lithuania has picked singer Donny Montell to represent the country at this year’s Eurovision Song Contest in Stockholm with his song, “I‘ve Been Waiting For This Night”. 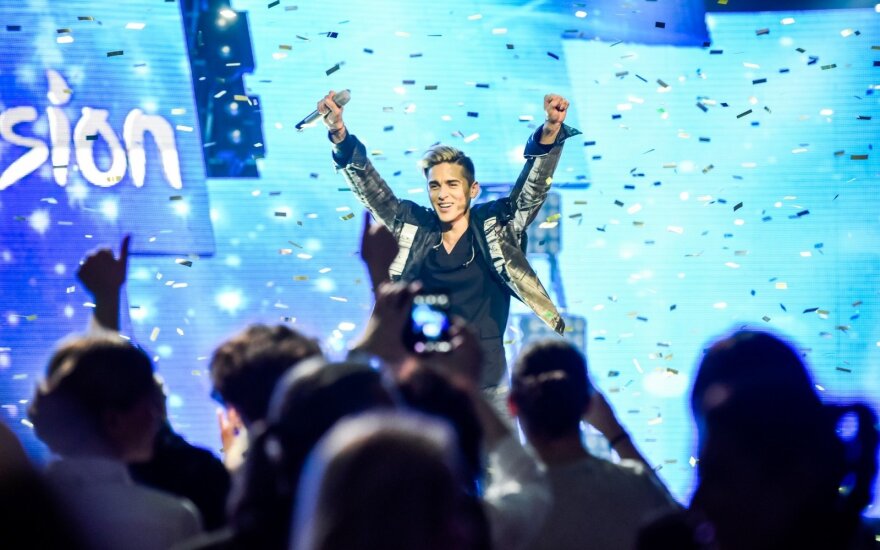 Lithuanian star Montell topped both the jury vote and public vote to beat out competition from Irishwoman Erica Jennings in second place and Rūta Ščiogolevaitė in third.

The winner was selected using a combination of a public votes and votes cast by a panel of music industry experts and leading musicians.

Donatas Montvydas, known by his stage name Donny Montell, previously represented the country in the 2012 Eurovision Song Contest in Azerbaijan and finished in 14th in the final contest.

The competition to select the winner was a marathon contest, running over ten rounds over ten weeks, and may qualify as the longest qualifying competition ever for a Eurovision entry.

The final standings in the public vote were:

The Eurovision contest will be held in May in Stockholm.