BNS
aA
Lithuanian President Dalia Grybauskaitė on Tuesday awarded 47 people with Life Saving Crosses for saving Jews from the Nazis during World War Two. The majority of them were awarded posthumously. 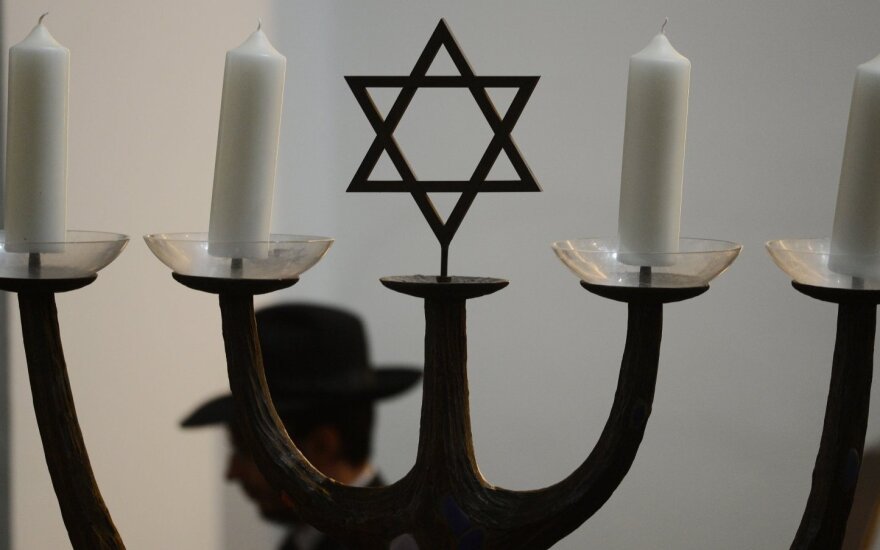 "Many of those decorated today are no longer among us. But their heroism lives on in our hearts and in our minds. I wish that it should inspire and give strength to each and every at all times and in every place to defend our freedom, protect the human being and promote democracy," the president said during the ceremony.

The leader of the Lithuanian Jewish Community, Faina Kukliansky, said Jews would never forget those good people who saved Jews, calling them heroes.

"By rescuing innocent Jews from the catastrophe, those people also saved their own dignity and the dignity of their families and their nation," she said.

One of the awarded people, Kazimiera Petraitienė, told journalists after the ceremony how her family saved many Jewish people.

"I was a child and my parents hid it from us since it was dangerous to save Jews and one risked their lives. But you cannot hide from children for long and later we understood everything and together saved them. My father was a forester and our house stood by a forest (…), we would bring food into the forest, and there were ten and more people in the forest, so we would bring food in buckets. My mom used to bake wonderful bread," she said.

A memorial ceremony will also take place at the Paneriai Memorial in Vilnius in the afternoon.

The National Memorial Day for the Genocide Victims of the Lithuanian Jews is commemorated in Lithuania on September 23 to mark the liquidation of the Vilnius Ghetto.

Eight hundred Lithuanians are recognized as Righteous Among the Nations for saving Jews.

During World War Two, the Nazis and their Lithuanian collaborators killed over 90 percent of Lithuania's pre-war Jewish population of more than 200,000.

Around 3,000 Jews currently live in Lithuania.

After President Dalia Grybauskaitė changed a 2000 decree on state awards for Lithuania's post-war...

Lithuanian President Dalia Grybauskaitė will on Tuesday, the eve of the National Memorial Day for...

The names of Holocaust victims will be read publicly in several Lithuanian cities and towns on...