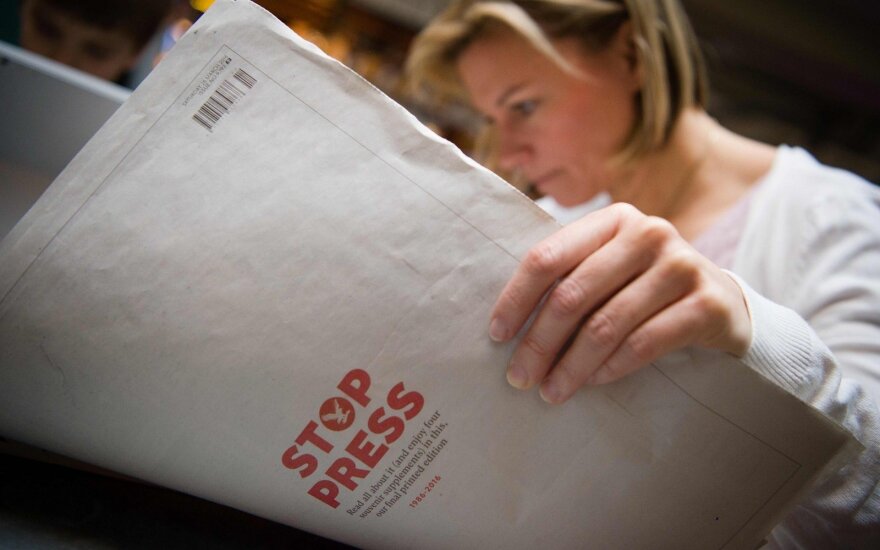 Vytis Jurkonis, Freedom House representative in Lithuania, told BNS that the overall media freedom index was at the lowest point worldwide over the past 13 years, while a small step forward was observed in Lithuania.

"2016 was an interesting year, with attempts and initiatives to restrict the media, however, the community of journalists repeatedly showed its spine and resisted the attempts to restrict it," said the expert.

"Media ownership and their concentration remains one of the challenges, however, let's say, the Freedom TV is an intriguing and a rather significant protest against traditional media. According to the research, improvement of the economic setting continues providing most room for progress in Lithuania," Jurkonis noted.

In his words, although Lithuania ranks rather high in terms of media freedom, it does not mean that there are no challenges, especially in connection to regional media.

"In comparison to the processes taking place in, let's say, the neighboring Poland, Lithuania appears not bad at all," said Jurkonis.

On the Freedom House index, Lithuania ranked ahead of Latvia and countries, such as France and Great Britain, however, is behind Estonia and the Nordic states.

Published a few days earlier, the media freedom index published by the organization Reporters Without Borders put Lithuania one place below at 36.

A new media freedom ranking by Freedom House puts Lithuania ahead of Russia, Belarus, Latvia and...

Lithuania has dropped one place to the 36th on the traditional World Press Freedom Index published...