BNS EN
aA
The International Roma Holocaust Remembrance Day will be marked in Vilnius on Wednesday with the laying of flowers at the Paneriai Memorial and opening of an exhibition of photographs about Roma people. 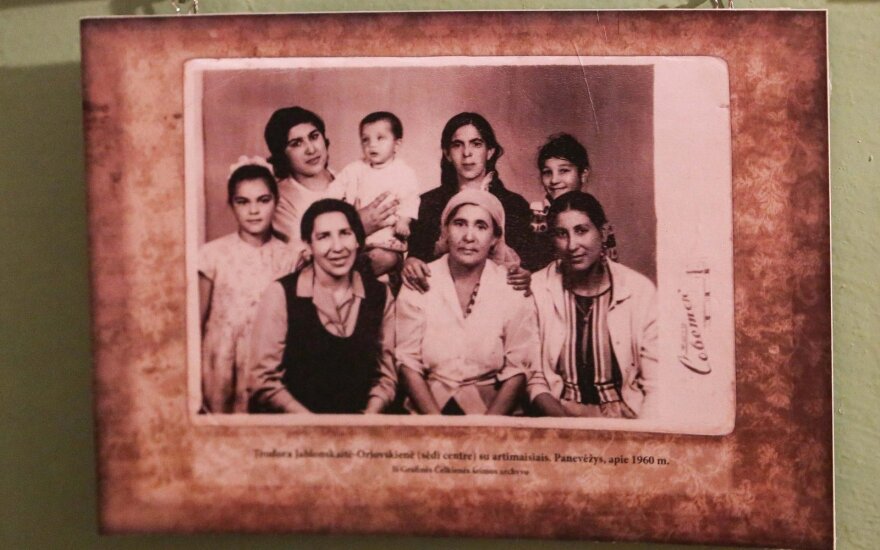 The events are organized by the Department of National Minorities under the government, the Roma Community Center, the Polish Institute in Vilnius and the Vilnius City Hall.

Opening at the Vilnius City Hall on Wednesday afternoon, the exhibition will tell about the life of Roma minority in Poland, as well as global changes and phenomena of Roma lives, the department said in a press release.

One of the pieces of the exhibition has been prepared in accordance of children's book Mietek in War by Natalija Gancarz, which tells about a Roma boy in a Nazi death camp in Auschwitz, which was liquidated by the Nazis in early hours of Aug. 3 of 1944 – nearly 3,000 prisoners of the camp, including children, women and men, were killed in gas chambers.

The liquidation of the camp is marked as the day of remembrance of the Roma genocide.

Historians estimate that about a half of Europe's Roma population of around a million were exterminated by the Nazis during World War II. A third of the 1,500 Roma in Lithuania were killed.

Over 2,000 Roma lived in Lithuania in 2011, when the latest population census was conducted.