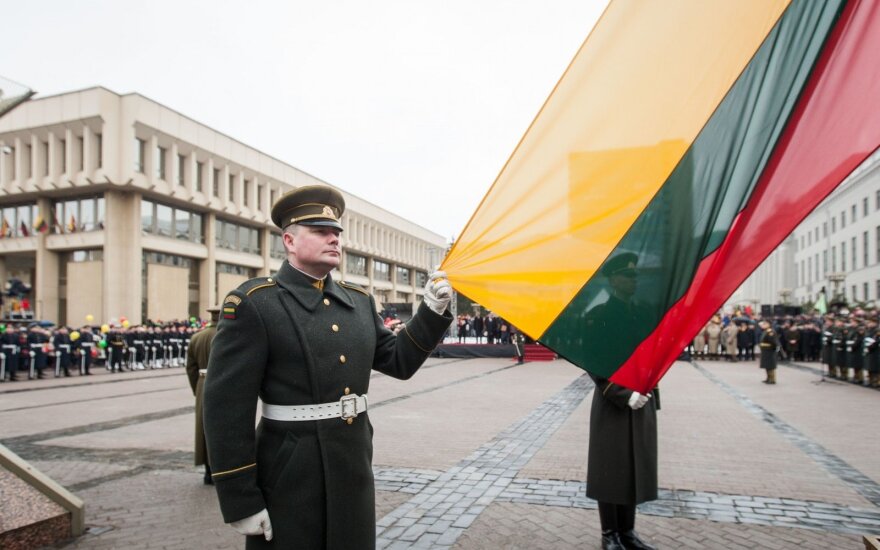 The Seimas held a solemn sitting to mark the historic separation from the Soviet Union and to honor the memory of Ramanauskas-Vanagas.

Nationalists plan to hold their traditional march in Vilnius in the afternoon.

The Supreme Council of Lithuania on Mar. 11, 1990 adopted the Act of the Re-Establishment of the State of Lithuania in a vote of 124 with six abstentions, thus making Lithuania the first Soviet republic to separate from Moscow.

The Seimas has designated 2018 as the year of Ramanauskas-Vanagas.

Ramanauskas-Vanagas, the commander of the South Lithuania region, was among the partisan leaders who signed the Union of Lithuanian Freedom Fighters' Declaration in 1949.

The organized armed resistance against the Soviet occupation ended in the spring of 1953. Ramanauskas-Vanagas was arrested by the Soviets in 1956. He was tortured and executed a year later.

Probe launched in Lithuania into councilor's statements on partisan leader

Lithuania's law enforcement said on Monday it had opened an investigation into the statements by...