BNS
Speaking at the 23rd anniversary of the Medininkai checkpoint massacre, Lithuanian President Dalia Grybauskaitė on Thursday called for taking daily care of the state. 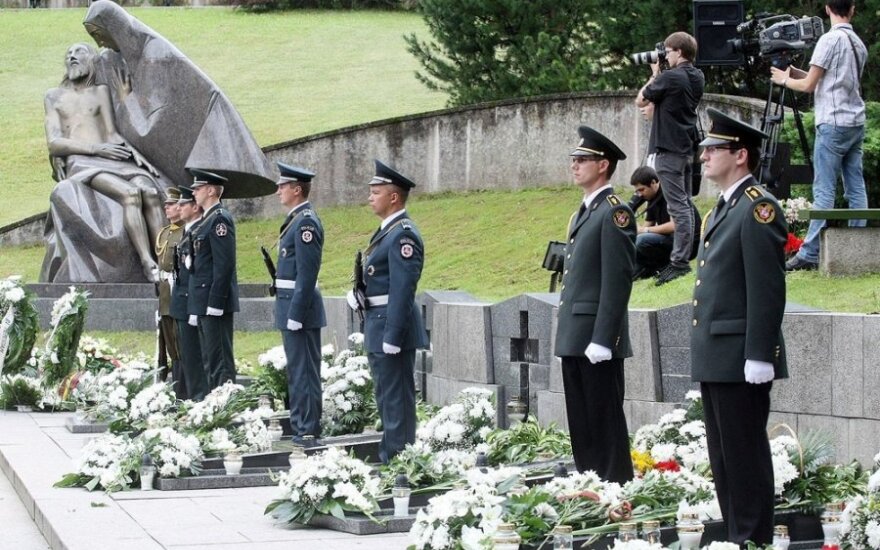 "The massacre at Medininkai border checkpoint 23 years ago became the tragedy of the whole of Lithuania in the wake of which we re-assessed what freedom was. Let us be proud of everyone who helped Lithuania to survive. Let us be the ones who protect and build the state every day," the president was quoted as saying in a statement by her press service.

Lithuania is holding commemoration events on Thursday to honour the memory of the seven victims of the Medininkai tragedy. They will start with a service at Vilnius Cathedral and later move to Medininkai Memorial in Vilnius District and Antakalnis Cemetery.

Lithuanian prosecutors qualify the incident as a crime against humanity. Russian citizens Cheslav Mlynik, Andrey Laktyonov and Alexander Ryzhov are named suspects in the case. Russia refuses to extradite them to Lithuania.

"Murderers will not be left in peace"

Speaker of the Lithuanian Seimas Loreta Graužinienė said on Thursday that Lithuania would not leave the Medininkai murderers in peace, despite Russia's refusal to extradite them.

"We must not give up and leave the murderers in peace. Although we are aware of the existing geopolitical situation, the task of serving justice is becoming even more difficult for Lithuania," the speaker said at Medininkai Memorial in Vilnius District.

During the commemoration, Interior Minister Alfonsas Dailis Barakauskas presented the only survivor of the Medininkai tragedy, customs officer Tomas Šernas, with a ministerial sign "For the Sake of the Homeland".

The main event to mark 25 years of the Baltic Way will take place in Saločiai, close to the...

27 July marks the 23rd anniversary when seven Lithuanian officers were killed in the Medininkai border...