BNS EN
aA
Monday marks 26 years since the tragic developments at the Lithuanian checkpoint of Medininkai when seven Lithuanian officials were gunned down at work by Soviet OMON fighters. 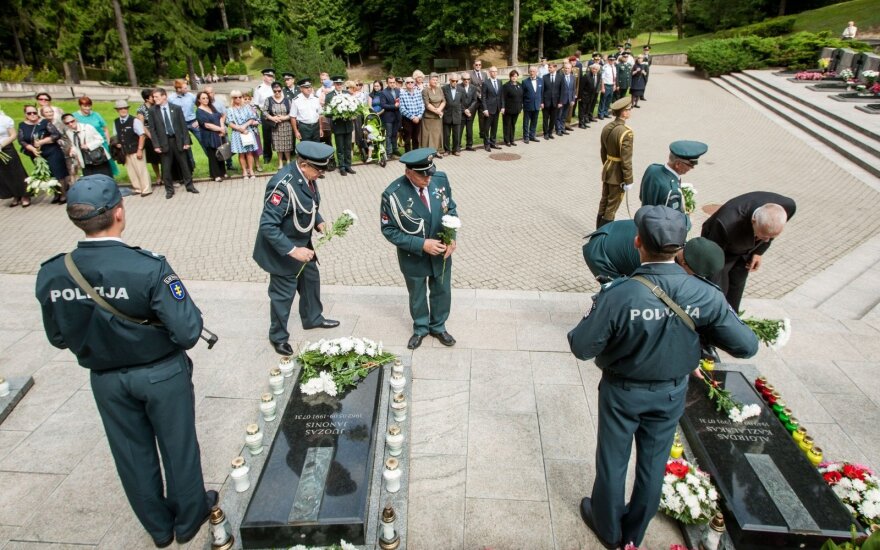 The memorial day kicked off with a church service at the Vilnius Cathedral, followed by a ceremony at the Medininkai checkpoint on the Belarusian border in the Vilnius district and a ceremony at Antakalnio Cemetery in the Lithuanian capital before noon.

The traditional relay race from Medininkai to Vilnius took place on Sunday.

Lithuanian prosecutors have qualified this crime as a crime against humanity. Convicts for the crime include Konstantin Mikhailov, former OMON officer sentenced to life, while other former OMON officers Cheslav Mlynik, Andrey Laktyonov and Alexander Ryzhov have been convicted in absentia.

Vilnius court on Friday heard testimony of Tomas Šernas, the only survivor of the 1991 Medininkai...