BNS
Pedestrians in Lithuania will be banned from using mobile phones in crosswalks and motorists will have to give way to pedestrians who are about to step into a crosswalk. 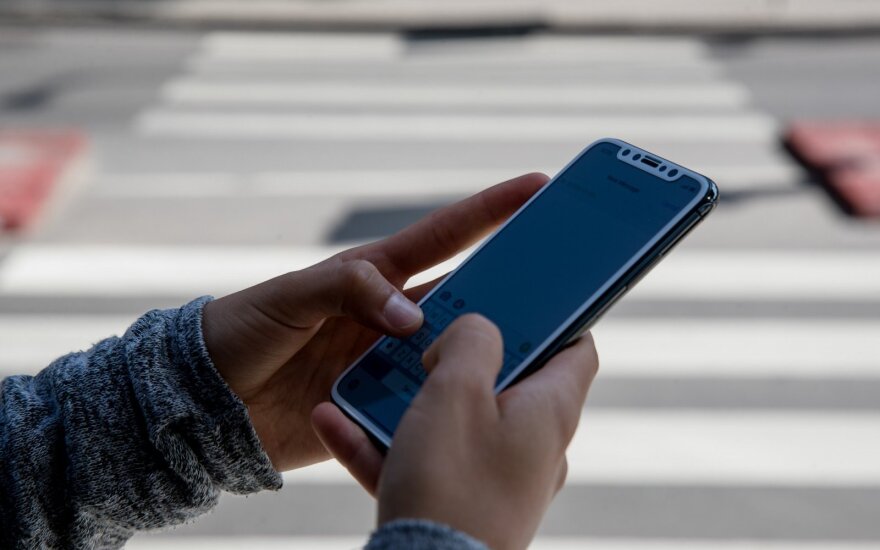 The government approved on Wednesday the respective amendments to the Road Traffic Rules.

The amended rules require pedestrians to avoid any distractions, including the use of an electronic mobile device, before entering the crosswalk and while crossing the street.

Under the Lithuanian Code of Administrative Offences, pedestrians can be fined between 20 and 40 euros for such traffic rule violations. The fine may be reduced by half for first-time offenders.

The rules also require motorists to stop not only for pedestrians already in a crosswalk, but also for those stepping into a crosswalk or standing on the edge of the pavement, waiting to cross.

The government says the amendments are aimed primarily at improving the safety of pedestrians, who account for one-fifth of all road deaths in Lithuania.

Sixty-eight pedestrians were fatally injured in traffic accidents last year and another 42 during the first eight months of this year, including 11 in crosswalk

Crossing phone ban for pedestrians comes into force in Lithuania

A ban for pedestrians to use their phones while crossing the road comes into force in Lithuania on...

The conference “Vision Zero for Sustainable Road Safety in the Baltic Sea Region”, held in Vilnius...