(1)
www.lrt.lt
The decision announced on Friday to build the multi-functional k18B building in Vilnius according to a design by the studio of famous international architect Daniel Libeskind was met with both praise and criticism by some of Lithuania's most famous architects. 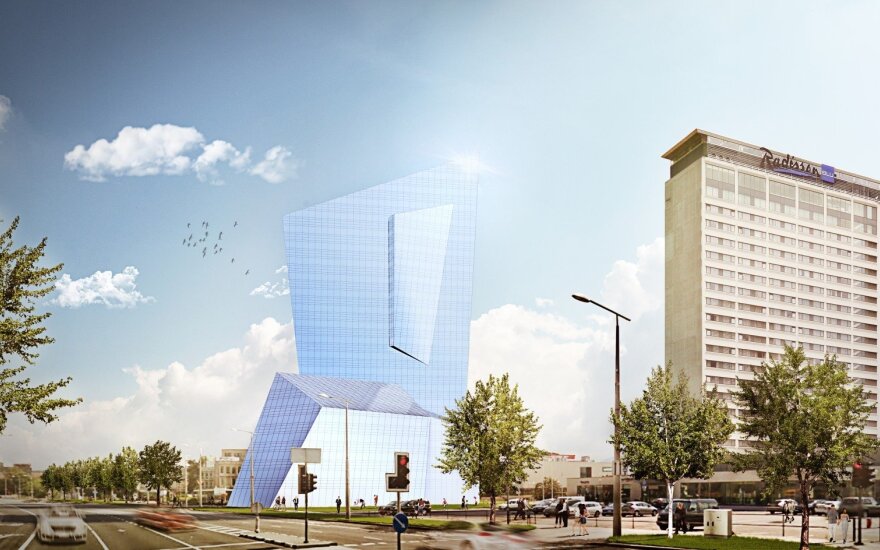 Lithuanian architect Algirdas Kaušpėdas praised the design for its courage and drive, but another Lithuanain architect, Audrius Ambrasas, said the creation was difficult to describe, and that the competition used to come up with the design was nothing more than a well-planned public relations campaign.

“The project is courageous and driven – its motto is to reach for the impossible, and this building is like a dream. Of course, its size gives me doubts – I'd build it bigger so that it would truly be a leader,” said Kaušpėdas.

However, Kaušpėdas did not deny that the famous architect's name might have influenced the competition. “Every city wants to have creations by international architects. When you go to another country, even the taxi drivers will tell you which buildings were made by one or another famous architect,” he said.

Famous Lithuanian architect Audrius Ambrasas, however, had a different reaction. “This project gave me an unambiguous feeling of rejection. It'll stand for a while and people will get used to it, but this is like a fireworks display – it's fun once a year, but if you do it every night, it'll drive you nuts,” said Ambrasas.

He also criticised the selection process: “I wouldn't really call it a competition. It was more like a well-organised public relations campaign in an effort to build as large a building as possible,” he said.