the Lithuania Tribune
An allegedly leaked copy of a sexual education project being prepared by the Lithuanian Ministry of Education and Science has revealed a program which seems to rely primarily on abstinence. 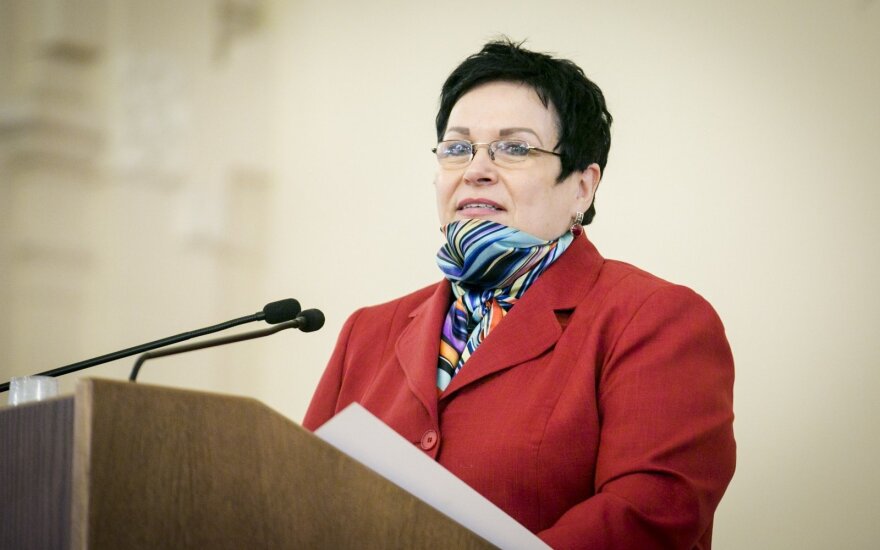 According to data from the Infectious Disease and AIDS Centre, half of those who contracted STDs in Lithuania were young people up to 29 years of age. Statistics Lithuania indicated that, in 2014, 13.3 of every 1,000 Lithuanian girls from 15 to 19 years of age gave birth. This number is twice as high as it is in Denmark, Sweden, Norway and other developed states.

Lithuania has been criticised by the United Nations and the World Health Organisation for an ineffective sexual education program. In Lithuania, teens are taught to abstain from premarital sex, despite the fact that the average age of marriage is 27 for women and 29 for men.

Esmeralda Kuliešytė, the head of the Family Planning and Sexual Health Association, is participating in the formation of the new sexual education project. She told Manoteises.lt, which reported on the alleged leak, that “this program was written by conservative people and its values have been very clearly formulated. On the most important ones is the promotion of sexual abstinence until the beginning of marital life.”

Kuliešytė said that abstinence until adulthood could be something to strive for, but also said that everyone should be provided with whatever information they need to make the appropriate decision. “The idea that sexual relations can only be had at 18 years of age or later does not match the reality in Lithuania or the rest of Europe. Both here and there, sexual relations are first begun at 16 or 17 years of age, on average,” said Kuliešytė.

“There seems to be a desire to form some sort of opinion about this topic, an early and premature one,” said Minister of Education and Science Audronė Pitrėnienė. “We must wait until June 1st. The project will be prepared, I haven't seen it yet and it hasn't been submitted to me. The task group will finish its work, upload the product to the internet, and then we can all read it, analyse it and express our opinions.”