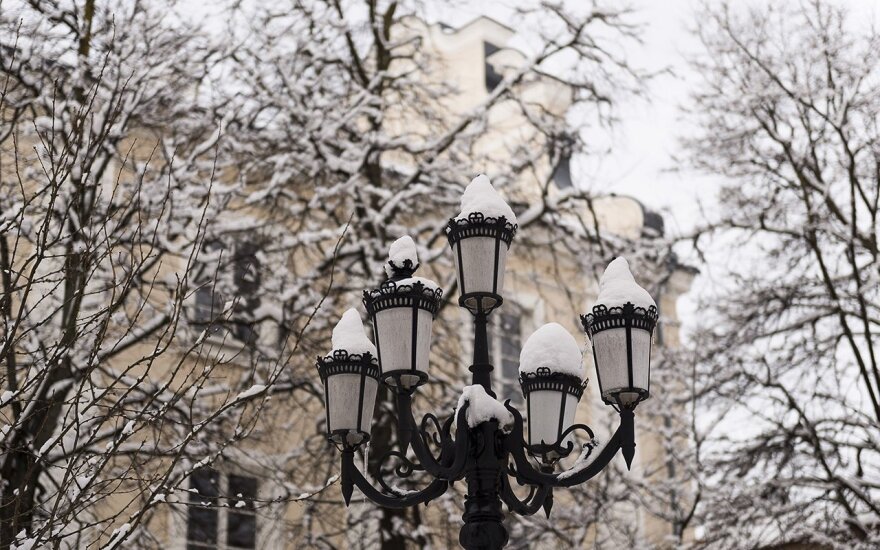 Although some started wondering about a white Easter, the snowfall came not as a complete surprise. The weather forecast had given a couple of days warning of a snap return to real winter. The cold temperatures did not materialise, but the snow came, albeit with a bit of delay. Visitors to the city got a nice surprise and got some extra photo opportunities.

Concluding his concert on Saturday evening with the Lithuania National Philharmonic Orchestra, Belgian guest conductor Herman Engels told the audience how much he loved snow, before giving an encore to make sure the audience returned home with a warm feeling.

Luckily, the cold stayed out and those returning home after the concert, the Fashion Show at the Contemporary Art Centre and other Saturday events were treated to enchanting late-season winter scenes.

By Sunday morning, the snow had stopped and the sun was out, making for a beautiful cool sunny day. Thousands of Christians could be seen attending Palm Sunday services all over the Old Town of Vilnius. Vendors sold traditional palms and dried bouquets. Some of these Palm Sunday services even took place outdoors, ignoring the late appearance of winter.

Although there is still some snow in the forecast, the temperatures will be rising by week's end and with a bit of luck, more spring flowers will appear to give Easter a little more spring feeling.