(1)
the Lithuania Tribune
aA
A sudden thaw and heavy rainfall has undermined the integrity of the historic Gediminas Hill in central Vilnius, producing a landslip on its northern slope. 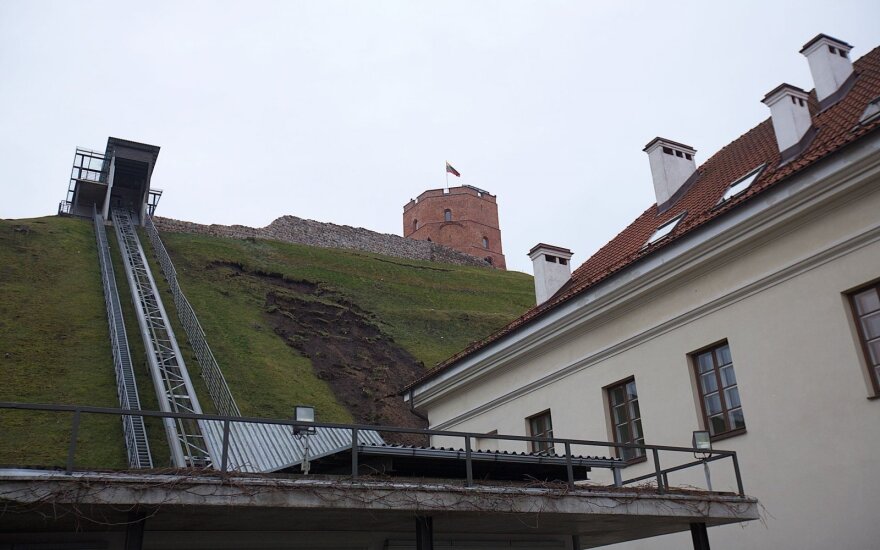 A tear has forced to close down a funicular and geologists say urgent attention is needed to reinforce the slope in order to avoid further slides.

"Unless something is done, the situation will get worse do to meteorological conditions. Once slope deformation and slides get underway, they are very hard and expensive to stop, if not impossible," said Jonas Satkūnas, director of the Lithuanian Geological Survey which inspected the hill last weekend.

Since the steep 40-metre hill, which is the site to the remains of the historic Gediminas Castle, is prone to slides, it needs reinforcement with metal framework, Satkūnas added.

Plans to reconstruct the castle

Only one tower survives today of the historic Upper Castle that used to stand on the hill. Architect Algirdas Kaušpėdas has recently suggested reconstructing the Medieval castle in its entirety.

However, the hill is unlikely to be able to support the structure, Satkūnas has told Lrytas.lt.

"Any additional load would increase the danger of deformation. The tower looks stable now, but we'd need to make detailed observations to be sure," he said.