EN.DELFI
aA
According to the calculations of Kaunas University of Technology (KTU) young researchers, Lithuania could have the largest floating solar panels plant in the world, a press release from the university reads. 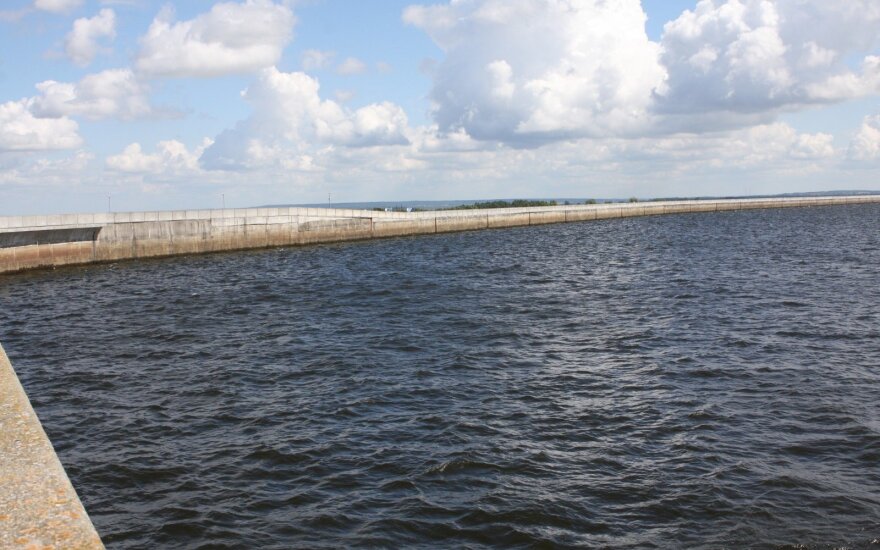 At the moment, the largest floating solar panel plant having the capacity of 40 MW is situated in Huainan, China. However, after a thorough research a group of KTU renewable energy students and researchers have reached the conclusion that a 300MW capacity floating panel plant could be established in Lithuania, on the upper reservoir of Kruonis hydropower station.

"We could have probably the largest floating solar panel plant in the world, which would not only generate electricity, but also promote Lithuania's name in the world", says Martynas Vitkauskas, one of the students behind the project.

KTU students, supervised by their teacher, researcher Vytautas Adomavičius designed a project of installing solar panels in Kruonis hydropower plant, the largest in Lithuania. The young researchers estimate that Kruonis floating solar panel plant could reach 8 times more capacity than Huainan Solar Farm. Another exceptional quality of the potential solar plant would be the fluctuation amplitude of its water level, which can reach up to 13.5 m.

Floating solar power plants present perfect alternative to the land solar stations as they help to save land, which can be used for agriculture and other purposes. Kruonis hydroelectric power plant is an ideal site for a floating solar farm, as it would allow to cleverly use the upper water reservoir and to reduce the amounts of water evaporation.

According to the project authors, the Japanese were the first to introduce the idea of floating solar panel plants. Although this type of solar panel plants is becoming very popular in China, India, United Kingdom and Japan, the technology has not reached Lithuania yet.

"It has been observed that the capacity of floating solar plant's panels is higher as the water is cooling the solar modules and their coefficient of performance is higher", says Rytis Vizgirda, one of the authors of the project.

Although the young researchers think that the Kruonis floating solar panel plant could become an attractive opportunity for investors and an interesting object for researchers, at the moment its installation would be too expensive and complicated. However, if the European super grid becomes a reality, the project might be implemented.

According to the young researchers, solar energy is one of the cheapest and simplest of renewable energy sources: the hydroelectric power plants' expansion has virtually stopped and wind energy power network instalment is more regulated and more expensive.

The young researchers are convinced that renewable energy is one of the most efficient ways to fight climate change.

British Telecommunications and Expedia will test-drive Vilnius in September

British Telecommunications (BT Group) and Expedia’s UK branch are both temporarily moving their...

Key enabling technologies (KETs) are an important source of innovation, which Europe has highlighted...

At the start of 2017, the Kaunas city public transport bus company launched the ‘KVT Voice’ app...