BNS
aA
Yuli-Yoel Edelstein, the speaker of the Knesset, says that Lithuania should pay more attention to preserving the Jewish history and heritage and calls for efforts to be made to ensure that there is no xenophobia and anti-Semitism in the country. 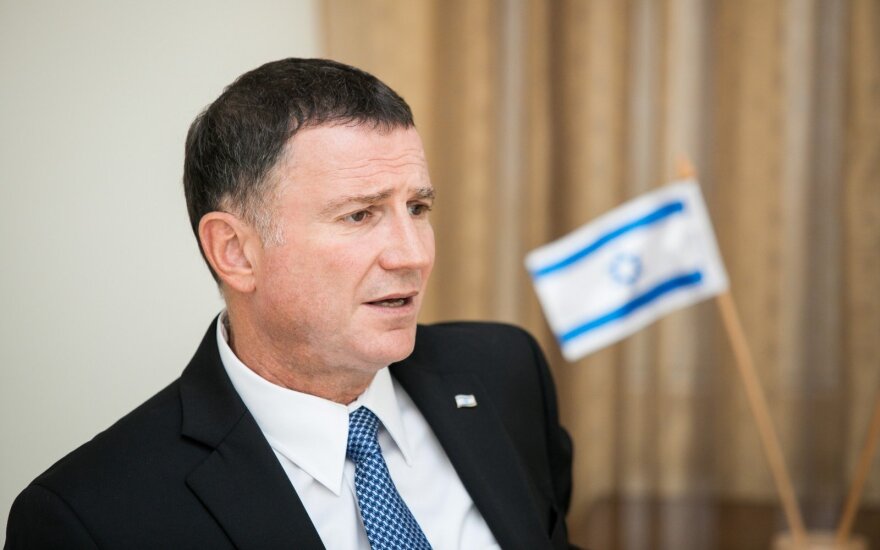 "Definitely, in comparison with the period of Soviet Union, when all the Jewish heritage, Holocaust remembrance, everything was wiped out, we see positive developments," the speaker of the Israeli parliament told reporters in Vilnius after visiting a memorial to the Holocaust victims in Paneriai, outside the capital.

"But there's never enough. As I said, the heritage was great, the contribution was great. Let's not forget: Vilna was called Jerusalem of Lithuania, Jerusalem of the North, (and it) was one of the most meaningful Jewish cities," he added.

"This is history, you can't rewrite it, you cannot cross it," he said.

The Israeli politician said that Lithuania should pay attention to the historical memory of local Jews, their life before the Holocaust and their contribution to Lithuania's history, culture, art and business.

According to Edelstein, the task of the Lithuanian government is to ensure that there are no xenophobic and anti-Semitic sentiments in the country.

„I never think that it's a sign of friendship to Israel or special relations with Israel; it's an internal Lithuanian task," he said.

The speaker of the Knesset also called for moving to practical steps to reinforce the Israel-Lithuania friendship, saying that he discussed such steps with Lithuania's leaders.

"We can't just stay forever with this phrase about friendship and positive relations; we have to do practical things. In all my meetings here, we discussed how to strengthen the economic ties, cultural ties, (and) tourism that is on the rise," he said.

Yuli-Yoel Edelstein , the speaker of the Knesset , the Israel i parliament, is coming to Lithuania...

As a result of intensified Jewish studies in Vilnius, scientists have this year identified thousands...

US officials and the Lithuanian Jewish community are urging the government to return private...