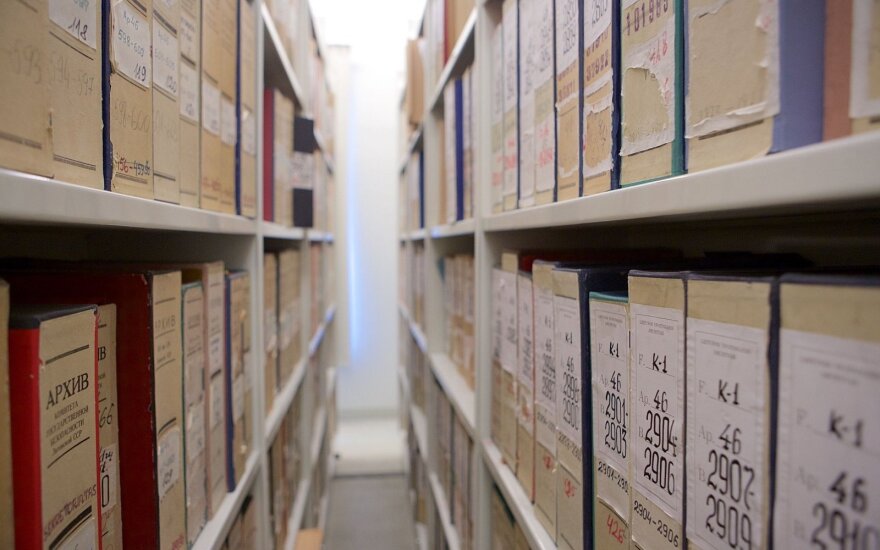 The documents reflect the birth of the movement on June 3, 1988, the center said, and also show the KGB's attitude to this political movement and processes that took place in Lithuania at the time.

"The KGB documents of 1988 focus on the Sąjudis and monitoring of the birth of other organizations and movements. And the 1989–1990 documents reveal the KGB's tightening position, as they tell not only about the monitoring but also about active actions against the movement," the center said.

The documents also disclose changes at the KGB itself and also its reaction to changing conditions. The awareness that processes in Lithuania were developing in a direction that was not favorable to the Communist Party and the KGB was raising concern for the Soviet Union, and that is reflected in the KGB's structural internal changes, including the creation of new internal structures, drawing up of mobilization plans and removal of documents from Lithuania and their destruction.

"A lot of attention was paid to the conspiration of secret collaborators, they were promised more money for the agency's apparatus to stay alive. But these measures were not effective as the number of agents was dropping and fewer people were recruited. There were 594 of them in 1988, 358 in 1989 and only 117 in 1990," the center said in its statement.

2018 marks 30 years since the establishment of the Sąjūdis' Initiative Group and its support groups in cities and towns across the country.

The Seimas of Lithuania has named 2018 the Year of the Sąjūdis.

Lithuania's parliament took yet another step to rename the Genocide Museum located in the former KGB...

Feb. 16 celebrations in Soviet Lithuania: from pieces of cloth to tricolour

Vytautas Bogušis , then a ninth-grade student, 43 years ago bought pieces of cloth for a hand-made...