BNS EN
aA
Gintautas Kevišas is to step down as director of the Lithuanian National Opera and Ballet Theater (LNOBT) in July after Culture Minister Liana Ruokytė-Jonsson on Wednesday signed an order to cancel the results of last August's competition for the position. 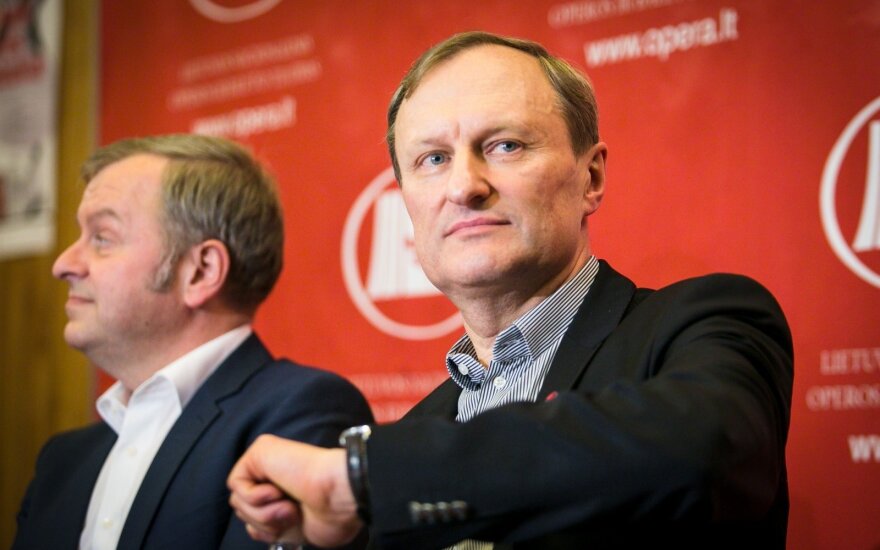 Gintautas Kėvišas, is it time to go?
© DELFI / Andrius Ufartas

The results of the competition, which was won by Kevišas, the theater's long-time director whose current term of office expires in July, were cancelled after an inspection had revealed various irregularities in the competitive procedures, the ministry said.

Kevišas on Wednesday refused to comment to BNS on the minister's decision.

A commission appointed by the ministry to look into possible partiality of members the selection panel has found, among other things, that some members of the panel failed to declare a potential conflict of interest.

Kevišas came under criticism from the Lithuanian Public Procurement Office and the Special Investigation Service after it turned out that the LNOBT in 2016 signed contracts for three performances with Riverside Music LTD, a Cyprus-registered company of Martynas Kevišas, the director's son.

Lithuania's top leaders and the culture minister have called on Kevišas to resign. The director has dismissed all allegations as unfounded.

Šarūnas Birutis, the then culture minister, announced the competition for the LNOBT director position last September, almost a year before the expiry of Kevišas' current term of office on Jul. 15, 2017. Kevišas won the competition, which would have opened the way for him to hold the job for another term.