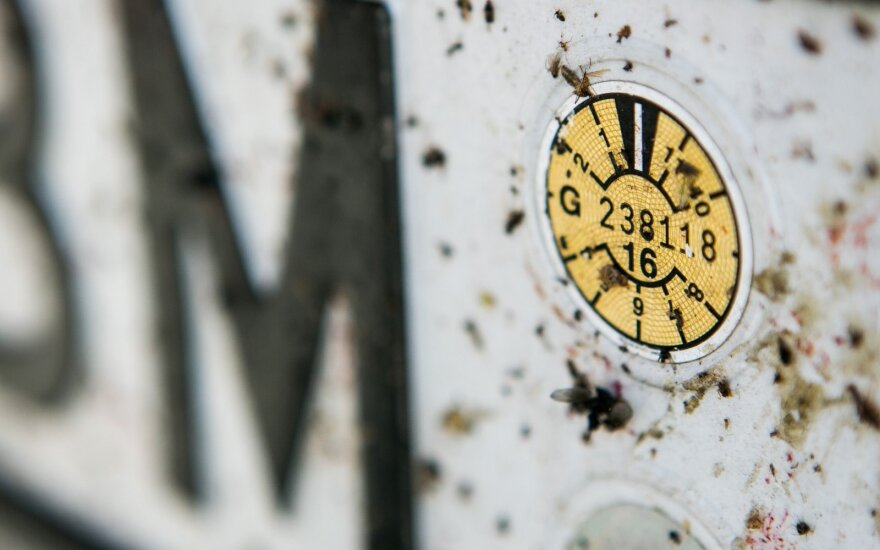 "We noticed that two businesses were engaged in what we think were illegal activities near the (used car) market in the city of Kaunas," Darius Žukauskas, the Kaunas county police chief, told reporters on Friday.

"One of them registered cars, which were bought by non-EU citizens in Lithuania, under the company's name. Such cars would then go to Ukraine and other non-EU countries with Lithuanian documents and license plates," he said.

One firm has thus registered 3,000 cars, and the other has registered around 2,000 vehicles.

According to Žukauskas, that firm had a notary seal and a seal of the Kaunas technical checkup center and provided its clients with a full package of car registration documents.

Formal suspicions of improper management of accounts and unauthorized engagement in economic activities have been brought against two persons.

It is thought that they have illegally earned over 200,000 euros.

Vilnius police said on Wednesday they have detained a man who is suspected of having lured young women...

A man suspected of having dug out a memorial time-capsule in Lukiškės Square in central Vilnius...

Police said on Tuesday they have found a time-capsule that was on Monday dug up from the place in...

Lithuania's former chief of defense Valdas Tutkus was on Friday found guilty of driving under the...

Lithuania's police are investigating a tragedy in Tauragė District, western Lithuania, where a man...

A new modern surveillance system has been launched in Vilnius, covering over a hundred of public spaces.