DELFI EN
aA
“Cirkuliacija” is inviting everyone for a festive experience that is accessible, interesting and friendly to everyone on June 3-16, 2019. 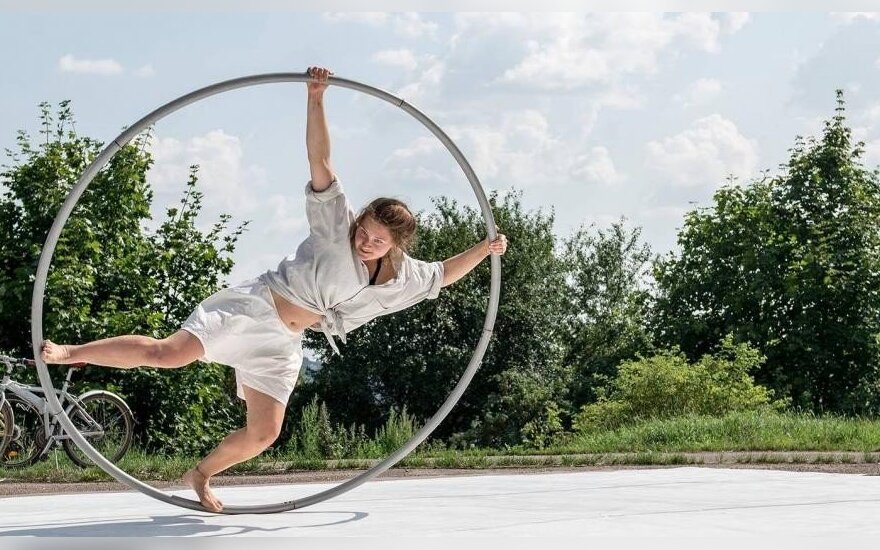 The festival has witnessed that contemporary circus is a perfect way to bring together any community for dialogue. This is why “Cirkuliacija” is inviting everyone for a festive experience that is accessible, interesting and friendly to everyone on June 3-16, 2019.

The circus-town resides each year in a different neighbourhood of Kaunas. All the locations of the circus-town are settled in neighbourhoods, where cultural and community activities are still a rarity – but the festival highly promotes it.

Related articles
Back on track: historical mean of transport invites again to Kaunas
Kaunas prepares to explore burgeoning cultural identity of city with a complicated past

This year “Cirkuliacija” will be settled in the neighbourhood of Dainava, inside and around a building that was previously an orphanage named “Atžalynas” (Partizanų g. 85). This year’s edition emphasizes the abandoned buildings of different neighbourhoods and their possibilities to become highly functioning cultural and community spaces.

The festival offers a significant amount of free shows, concerts, discussions and family events. All the afternoons between June 13th and 16th will be meant to gather the local elderly for board games, snacks and Bingo tournaments in which the winner gets a ticket to the evening shows that are made by exciting companies from all over Europe.

One of them is Giorgio Bertolotti who will invite the audience into a space ship: “Juri the Cosmonaut” is a show made by Giorgio Bertolotti and Petr Forman, in which they combine a video mapping (still rarely seen in Lithuania) and clowning in order to help us to experience an actual trip to space.

Nonine company from Finland will present their show “Incidents”, based on the works of Daniil Kharms. The Danish company “Glimt” on June 14th will explore the everyday life of working in the office in the modern day “Sisyphus Ascending”.

A company from Belgium named “Be Flat” will encounter and play with the spaces of the city using parkour, and the audience will go on an urban journey through the city with them – the urban areas will become the stage, the surrounding sounds – the soundtrack.

The highlight of the festival will be the “Barely Methodical Troupe” from the UK and their newest show “SHIFT”. On June 14th and 15th, the company will invite the audience to dive into shifting perceptions and realities through power-based acrobatics mixing show-stopping circus tricks with the emotional punch of theatre. It is the first time BMT is in the Baltic countries, so don’t miss it!

Lithuania's Environmental Protection Agency has withdrawn its permit for the Francesko Jung circus...