BNS
aA
As the Seimas of Lithuania on Tuesday held a commemorative sitting to mark the 70th anniversary of the liquidation of the Kaunas and Šiauliai Ghettos, Tobijas Jefetas, chairman of the Lithuanian union of former ghetto and concentration camp prisoners, shared his memories as one of very few Jewish children who survived the war. 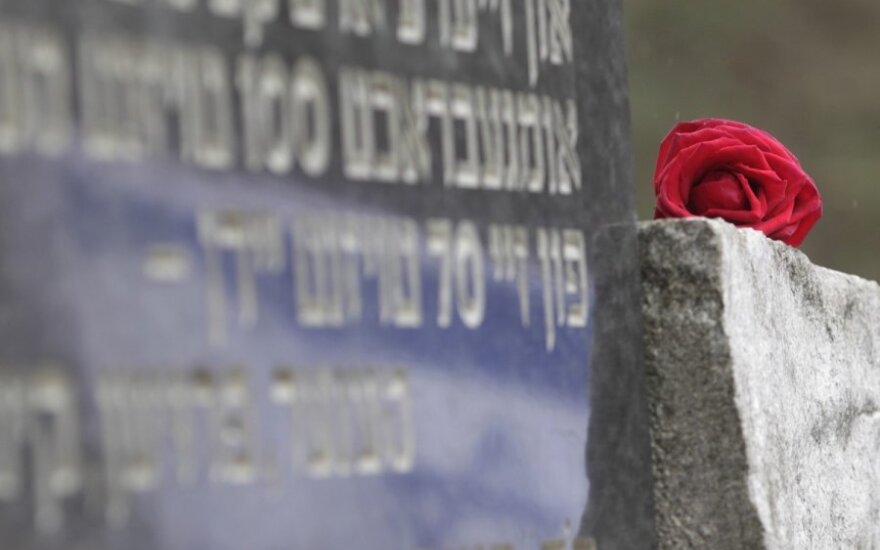 Jefetas told how he managed to escape during the so-called children's operation at the Kaunas Ghetto. He later pretended to be deaf and numb and was taken under a false name from Kaunas to Vilnius where he hid at the home of the Katinskai family.

"The children's operation started, and I managed to escape. (…) When mother returned, she said I can no longer stay in the ghetto and need to go. She told me I would have to go to the Silva plant and my savers will take me from there. I successfully managed to slip through the fence and went by foot to the Silva plant. I said my last goodbye to my mother. I was met there by Kotryna and Ona from the Katinskai family. They saved me, took me from the Silva plant and explained that I have to be deaf and numb. A priest provided documents that I am not Tobijas Jefetas but Jonas Vaitkevičius, and they brought me by train to Vilnius and hid me in Kaštonų Street where the Katinskai family lived. They hid me," Jefetas said.

Although his mother promised they would meet again soon, he never saw his mother again as she was shot dead by a policeman while trying to escape from the ghetto just before its liquidation.

During the parliamentary commemoration, Jefetas thanked his savers, the Katinskai family, who also gave him an education. Juozas Katinskas and Kotryna Katinskaitė have been named Righteous Among the Nations for saving Jefetas.

Lithuania marks the National Memorial Day for the Genocide Victims of the Lithuanian Jews on 23 September, the day of liquidation of the Vilnius Ghetto in 1943.

About 90 percent of Lithuania's pre-war Jewish population of over 200,000 were annihilated by the Nazis in Lithuania during WWII.

On 18th September 2014, representatives of the British, Jewish and Lithuanian communities in the...

On the National Memorial Day for the Genocide of the Jews , President Dalia Grybauskaitė has...

Rūta Vanagaitė: Lithuania is still competing with the Holocaust (1)

Rūta Vanagaitė ’s project “The Paneriai Lullaby”, which lets you interact with Jewish...