aA
“In India language changes every thousand kilometres, and everyone worships their own god. Regardless of that, cricket is being played everywhere”, says J. K. Tandon, CEO of A&Z Exports International. Last week the Indian company has donated cricket equipment to the Kaunas University of Technology (KTU) in Lithuania. Cricket team at KTU, the second largest university in Lithuania with almost 300 students from Southeast Asia, has been founded in 2013. 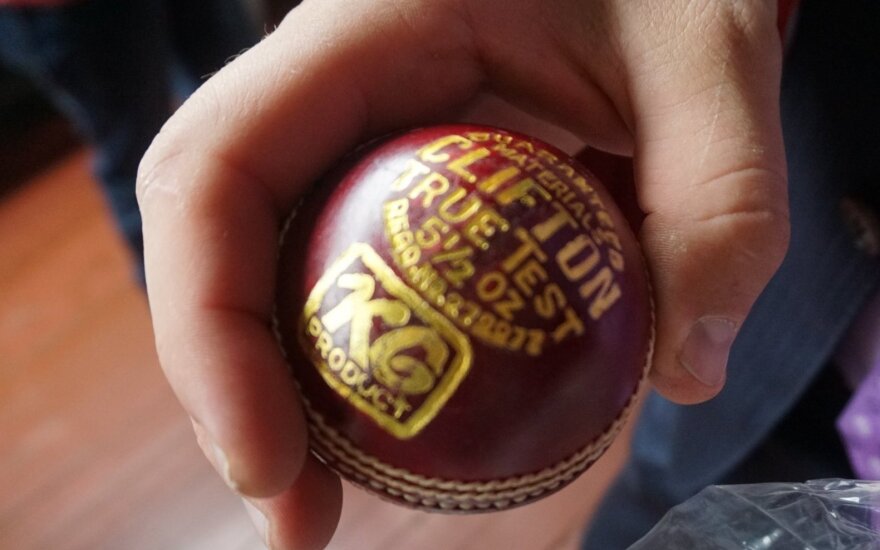 Lithuania, the largest of Baltic countries with almost 3 million of population, is internationally known as a country with one “national” sport, i.e. basketball. Lithuanian national basketball team is among the best in the world, three-fold gold medallists in Europe and prize-winners of World Championships and Olympics. Kaunas, the second largest city in Lithuania, has an informal title of The Basketball Capital, home to the strongest national basketball team. Cricket is virtually unknown to Lithuanians.

“Once I arrived to Lithuania, I started to look for cricket gear immediately. All I needed was a bat and a ball, but I couldn’t find anything in sport stores here. I even tried Poland with no luck. Finally, I ordered equipment from the UK”, says Indian Harish Russel, studying aviation engineering at KTU.

Pakistani Mohammed Ishtiaq, a founder of KTU cricket team is aware that in the “basketball country” cricket is under fierce competition. Therefore, the students are extremely happy to have received support from the University, including indoor cricket playing facilities.

According to the Head of KTU Sports Centre Vytautas Kirlys, cricket found its way to KTU through the international students: “When they actually started to play in their dormitories, we realised the need to support this sport, which is so important to our students”.

Kirlys, a baseball player himself, admits that he has personal affiliation to cricket, as the two sports are closely related. Also, he maintains that cricket as an unpopular sport has to be supported to become more widely played. 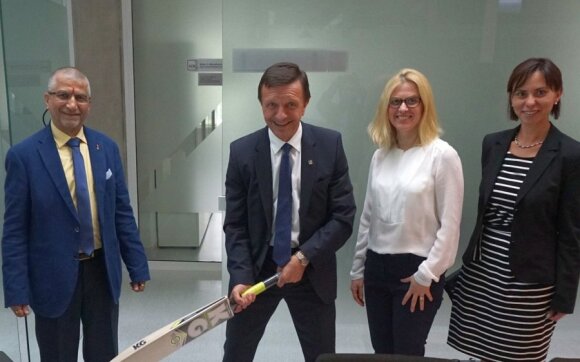 Cricket is one of 20 leisure sport activities offered for KTU students free of charge. Laura Daniusevičiūtė, Head of Leisure Sports and Wellness Office admits that before Ishtiaq and other students approached them, the staff had only vague understanding on cricket and its essentials.

“One thing we knew for sure was that we would have more students from India every year, and that this sport was extremely popular at their home country. Therefore, when the students approached us, we did our best to help”, says Daniusevičiūtė.

As the University does not have a cricket field, and playing outdoors is limited to several months per year in Lithuanian climate, KTU cricket team has been allocated an indoor cricket hall. The students advised on the special safety arrangements while furbishing the hall.

The biggest problem for the KTU cricket players was the lack of cricket equipment; for the national and international tournaments it has been borrowed from the Embassy of the United Kingdom.

“It’s about 800 grams”, Russel weighs a brand new cricket bat and says that it needs to be properly tested in a game.

Bats and balls make up a minor part among 51 items of cricket equipment donated to KTU cricket team by A&Z Exports International. The rest is safety equipment. Cricket is considered a dangerous game, therefore safety is of upmost importance in the field. 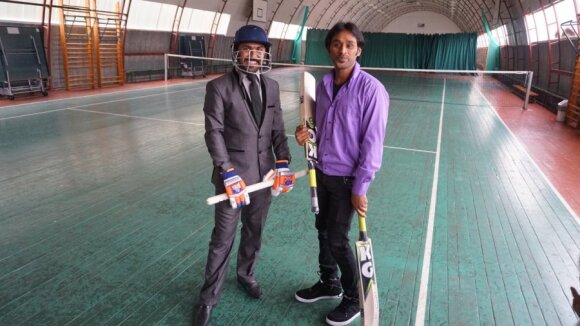 “The ball comes in the speed of 150 km/h, and an unexperienced player risks to be hit. Therefore it is important to protect yourself”, says Ishtiaq at the same time mounting a metal grid onto the helmet.

Ishtiaq and Russel are convinced that cricket is a relatively easy sport and could be appealing to Lithuanians. Although the team is made up from 11 players, four are sufficient for training: one balls, second bats and the two others field.

There were 40 cricket players at KTU last year, mostly from India, Pakistan and Shi Lanka. There were also a few Lithuanians, and a couple of girls among the players. Ishtiaq and Russel are proud of their cricket team – the only university team in the Baltic states, which can play on international level.

“I have just recently heard from one of my Facebook friends: he said that he chose KTU, because it had a cricket team”, says Ishtiaq.

Abdul Razak, CEO of Europe Study Centre, associated partner of KTU in India and intermediator of enrolment of Indian students to KTU says: ”Students are choosing to study at KTU not only because of the study quality, but also because of additional services the university is providing, such as internships, conferences, counselling, students’ associations. Of course, presence of a strong cricket team is one of deciding factors.” 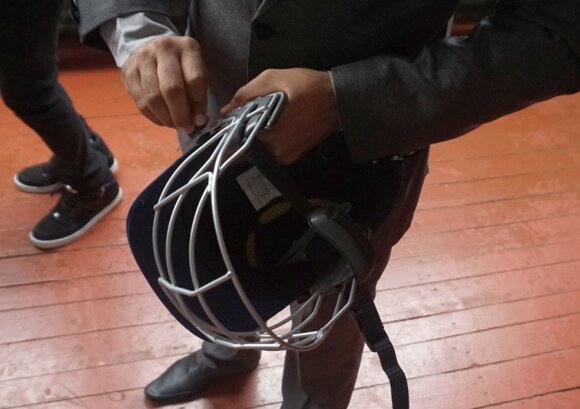