LT Daily, DELFI
aA
Igoris Molotkovas, who sparked a massive manhunt operation in Vilnius last November after escaping police with a Kalashnikov, gave evidence in his case on Tuesday. 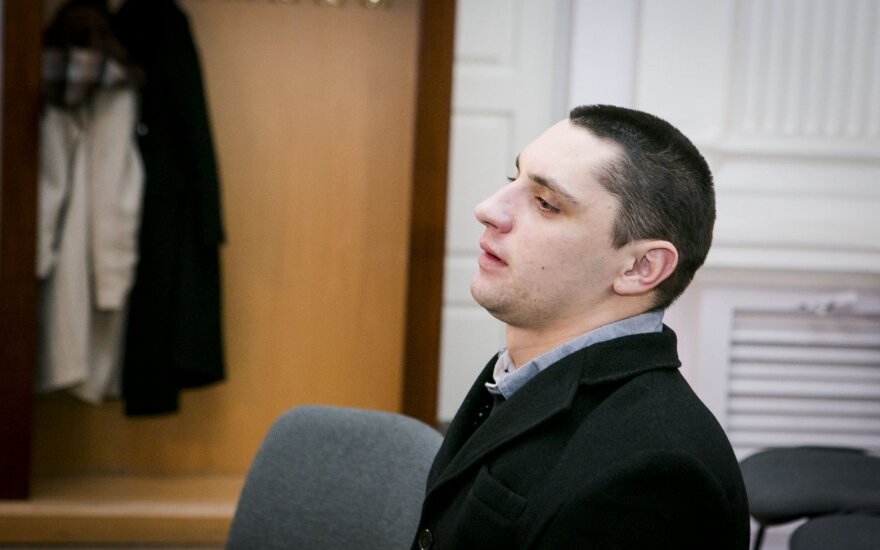 Molotkovas was asked to recount the events of November 19, when he escaped from a police car after grabbing a rifle, which sparked a five-hour manhunt operation that involved 3,000 officers, a helicopter and the Aras anti-terrorist squad. Interior Minister Saulius Skvernelis submitted a letter of resignation after the incident, only to withdraw it a week later.

Molotkovas told the court he had been taken to a Vilnius clinic for an X-ray and was to be taken back to custody. Police officers left him briefly alone in the car, also leaving behind an automatic rifle.

"The police officer left, I don't know what happened to me," Molotkovas told the court. "I don't know how to explain it, but I took the gun. Then the police officer came up to me. I told her to get into the car. Had she done so, I would have asked her to take me home."

He told the officer the gun was loaded. He then fled the scene. Molotkovas was later discovered hiding in a shared shower in the house near Vilnius Railway Station where he lived. He had taken a bus home and dropped the Kalashnikov rifle somewhere on the way.

"I just wanted to go home to collect my things. Each time they would arrest me, I'd ask to make a stop at home, but they wouldn't listen," Molotkovas said.

He told the court he was sorry for his actions and would have apologised to the police officers he had pointed the gun at, had they been present at the hearing.

Molotkovas, 24, has 16 previous convictions and 126 administrative fines. He was last tried for shoplifting.

Prosecutor Edita Ignatavičienė has asked the court to sentence Molotkovas to seven years in prison.

A separate investigation has been opened into actions of the officers who let Molotkovas escape with a police rifle.

A pre-trial investigation into the actions of police officers and handling of service weapons was...

Igoris Molotkovas, the guy who sparked a massive manhunt operation in Vilnius in November after...