Jurbarkas Synagogue Square Memorial to be unveiled in July

BNS
aA
The Synagogue Square Memorial, a memorial to communities that co-existed for centuries in Jurbarkas, western Lithuania, will be unveiled in July. 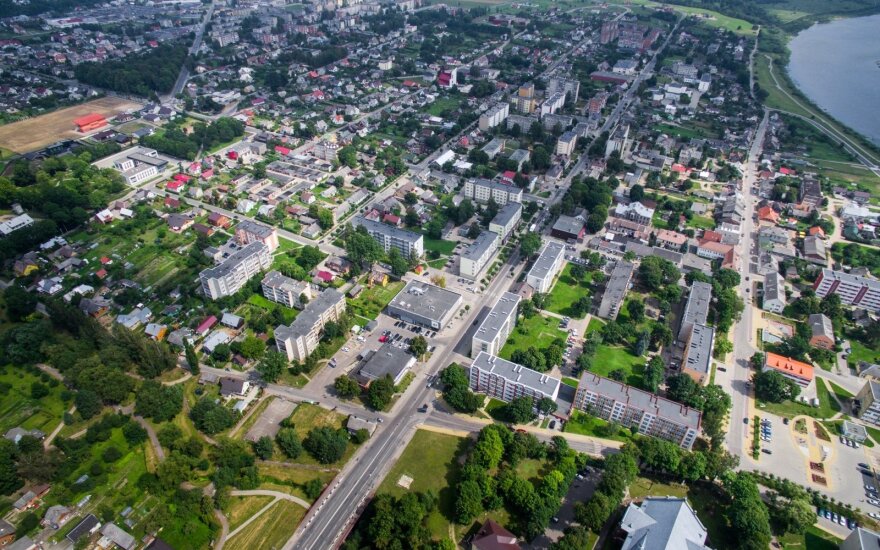 "I am inviting everyone to come to Jurbarkas on July 12 when this amazing creation will be unveiled, immortalizing us, Jurbarkas, the people who have lived here for many years. A monument to Jewish people, the Yiddish language. A monument to tolerance and future, showing that only by helping each other we can live together," Jurbarkas Mayor Skirmantas Mockevičius was quoted as saying in a statement issued by the local municipality.

Members of the public were introduced to the memorial project in Vilnius in April.

"The Synagogue Square Memorial is finished in the sculptural sense. It involved a lot of work," said sculptor David Zundelovitch, a Lithuania-born Israeli sculptor who lead the group of Lithuanian and Israeli artists who created the monument.

The memorial will honor the memory of many Jews who lived in Jurbarkas and the tragic fate of the community. It will be located in Kaunas Street where one of Europe's most beautiful wooden synagogues once stood. It will consist of a number of symbols that will show the historical connection between the Jewish community and the town. Jurbarkas residents who rescued Jews during the war will also be honored.

The memorial is being funded by private donations from people all over the world. "We have collected over 70 percent of the necessary funds for the completion of the memorial. I am sure we'll be able to collect the rest of it thanks to people's good will," Zundelovitch said.

According to previous estimates, the project's value stood at 180,000 euros.

The creators of the Synagogue Square Memorial in Jurbarkas say that the monument to the western...

Jurbarkas, a Lithuanian district bordering the Russian exclave of Kaliningrad, may have to return...

Indrė Makaraitytė. How much does it pain you that Jews were massacred in Lithuania?

Names of Holocaust victims to be read out in Seimas

Names of the Holocaust victims will be read out in the Lithuanian parliament on Monday to mark the...