LT Daily, DELFI
aA
On the evening of 13 January 1991, journalist Eglė Bučelytė was broadcasting from the Lithuanian Radio and Television studio in Vilnius when Soviet paratroopers broke into the building to cut off her live broadcast. With the approach of that significant day's 25th anniversary, Bučelytė spoke to Delfi about her experiences. 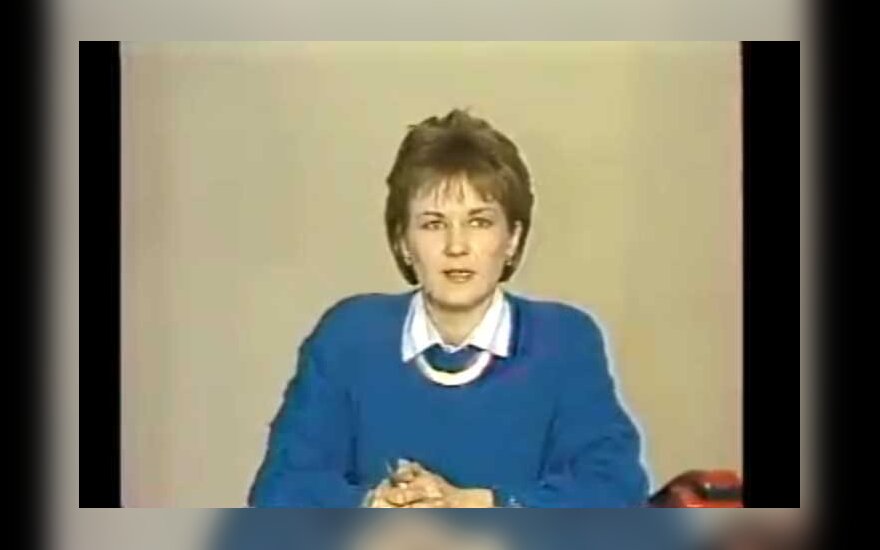 “Numbers show that much time has passed, but everything is still vivid in my memory, as if it happened yesterday,” said the journalist.

“The doors were sturdy, it wasn't clear if they'd shoot them or blow them up. We didn't even know if the people around the building were still alive. After what we had seen through the window, what we had heard while sitting in the studio, after the speech by Professor Vytautas Landsbergis – that we wouldn't give up, that our fathers had held out in the forests – it seemed like the moment had come when we would have to go into the forests ourselves and work from the underground. We wondered if a war was coming, it seemed like there was an armed conflict. We knew nothing,” Bučelytė said as she recalled the day.

In 1991 Lithuania, the events on and around 13 January were the crumbling Soviet Union's attempts to return Lithuania, which had declared independence on 11 March 1990, back under its control. 14 civilians died as a result of a peaceful attempt to defend the Television Tower from Soviet forces, most of them due to bullet wounds or after being crushed by tanks. One Soviet soldier died due to friendly fire. Civilians also defended the Lithuanian Seimas (parliament) and other important government buildings in Lithuania. 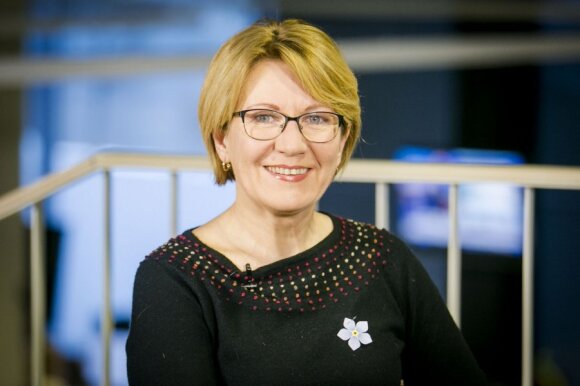 Bučelytė's job that night had been to broadcast information phoned in to her by her colleagues, Nijolė Steibilienė and Janina Stašauskienė. “We had a book in which we registered each phone call during the events. People called us to announce where military equipment was headed – we could draw maps and see Vilnius, where each tank was, where each soldier was. That January night, one person called us – it's hard to remember now – he introduced himself as a soldier who had jumped out of an armored vehicle of some sort – he called to announce that he was coming to take over the Television Tower and the television building. He told us his last name, but that book was left at the television studio,”said Bučelytė. She expressed her regret at the loss of that book, which could have been used as evidence in a court.

There were moments when Bučleytė seemed to be speaking to no one. The masked soldiers that broke into the studio turned the cameras away, though some parts of Lithuania still received the television's signal. There were moments during the broadcast when Bučelytė was unsure whether anyone could still hear her. Later on, Bučelytė learned that people in Palanga saw the broadcast for longer than those in Vilnius.

Bučelytė later spoke about how emotionless the Alfa Soviet special forces soldiers had seemed, and how she had wondered whether they even knew what country they had been flown to. When they broke down the doors, they ordered everyone to stay silent, not to laugh, and to turn over their weapons.

The soldiers later drove the journalists out of the building and destroyed the television station's archives, documents, and the journalists' personal belongings.

During the interview, Bučelytė was also asked about people in Lithuania who feel nostalgic for the Soviet occupation. “If they are tortured by nostalgia, all I can do is sympathise for them. Of course, we all came from there, we lived there, yes, there is nostalgia for your youth, your childhood. You lived during those times and you couldn't choose them, but I don't understand those people,” the journalist said.

When asked about how Lithuania has changed since the bloody events 25 years ago, Bučelytė said, “it look wonderful, though maybe we don't feel it, living and improving every day. It's enough to look at the videos that were shot, how the streets looked, how people looked. We really are free – we say what we think. I meet children in schools and see a big difference between how we used to be and how children are now – they dare to ask questions and to discuss, they think.”