LT Daily
aA
Over the last year, the Lithuanian government began focusing more on preserving Jewish heritage and grave sites, according to Faina Kukliansky, the chair of the Jewish Community of Lithuania. 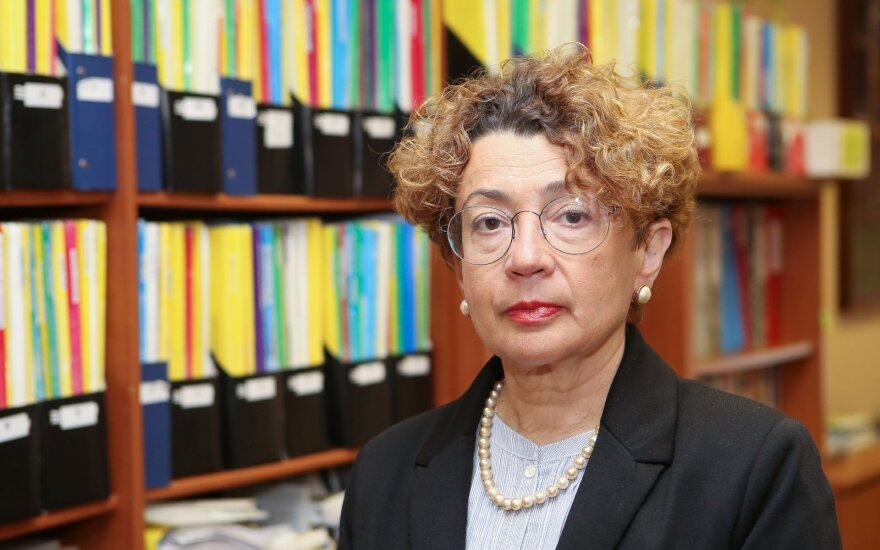 (Starting on 11 January, this article and others like it will only be available to Individual and Corporate subscribers)

“The Lithuanian government has started focusing more on the preservation of Jewish heritage and graveyards. With Jewish people gone from the country's towns, the old synagogues are being signed over to cities and towns for cultural uses,” Kukliansky said in a comment on Monday.

She also drew attention to the work being done in Vilnius and New York to digitize the YIVO Jewish research institute's unique pre-WW2 archive about Jewish life in Eastern Europe up until the holocaust.

In a review of the past year, Kukliansky also indicated that she had seen “meaningful changes in the relationship between Lithuania and Israel.” Israel opened an embassy in Vilnius this year, and Lithuania's president and prime minister went on official visits to Israel.

The Vilnius Sports Palace, a large, derelict, sailboat-shaped concrete building built during the Soviet occupation, was built on the site of an old Jewish graveyard. Plans are in place to reconstruct the building, but Kukliansky emphasized that “the matter of the graveyard is being and will be determined with the oversight of a rabbi – a contract was signed with them in 2009.”

The community's chair also expressed her hope that Jewish culture, Jewish contributions to Lithuanian culture, and the Holocaust would all be given more room in Lithuanian school curriculums in 2016.

Roughly 90 percent of Lithuania's approximately 208,000 Jews died during the Holocaust. 877 Lithuanians have been named Righteous Among the Nations for saving Jewish lives. As of 2011, approximately 3,000 Jews live in Lithuania.

Built within the territory of a former Jewish cemetery , the Vilnius Palace of Concerts and Sports...

Fragments of Jewish gravestones collected from various parts of Vilnius

Fragments of Jewish gravestones, which were used for construction during the Soviet era, are being...